The Santaland Diaries
by Zach Theatre

He's baaaack! Don't miss the hilarious Martin Burke as the ever-irreverent elf Crumpet. David Sedaris' outlandish and true tale comes to life on the Whisenhunt stage as Crumpet shows what it takes to juggle tiny tots and staggering Santas during a painfully festive time of the year. And to kick off the evening, chanteuse Meredith McCall and Martin take you on a sensational sleigh-ride of an all-new cabaret show created especially for ZACH. This merrily subversive and laugh &lsquo;til you cry evening will delight any adult audience.

Whisenhunt stage (theatre in the round). 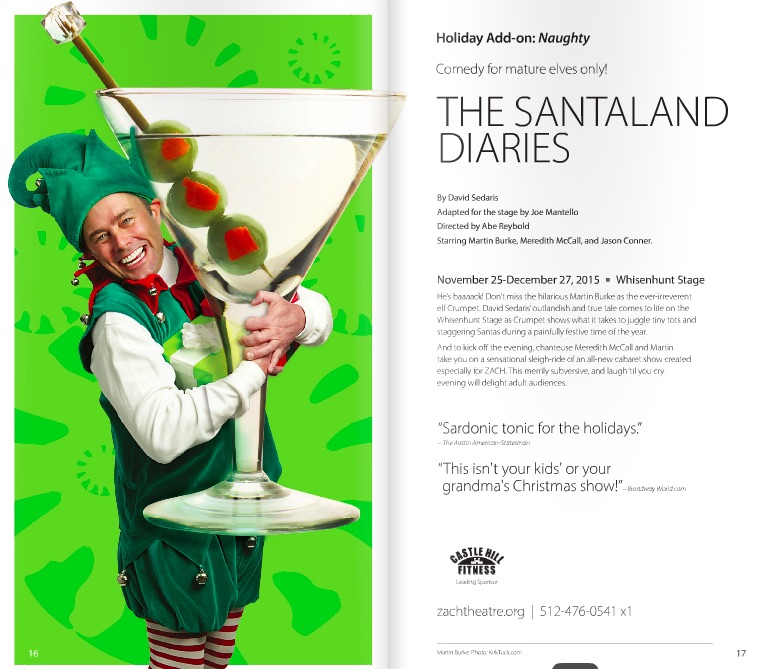