Different Stages continues its 2013 - 2014 season with Preston Jones's comedy The Last Meeting of the Knights of the White Magnolia.  A fraternity of Bradleyville's "good ole boys," which meets in the now decrepit Cattleman's Hotel, the Knights of the White Magnolia has long since lost sight of its espoused concern with patriotism and racial purity and has become an excuse for a handful of cronies to share a game of dominoes and a spot of liquid refreshment. Having dwindled steadily in membership, the lodge has unaccountably found a new recruit from a neighboring town, and his appearance gives the remaining members a chance to resurrect their ancient "mystic" initiation rite, an event which, for all its intentional seriousness, becomes one of the wildest, funniest scenes imaginable. However, in the end the inevitable disillusionment sets in sending the would-be applicant scurrying for home and leaving the others to contemplate the wreckage and loss of still another glory that once was. 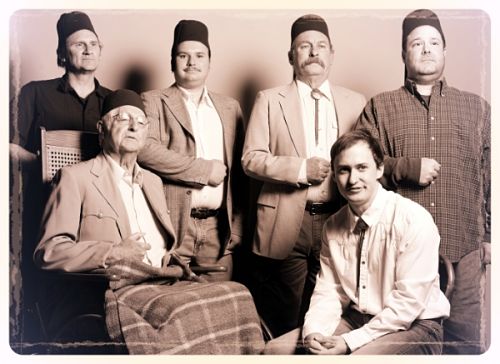