The Butler Did It
by Stage Presence Players

When it comes to solving murder mysteries, it’s always the one you least suspect!  The very proper butler Jenkins and the fiery Cockney maid Sarah Jane are preparing the Covington household for a visit from Edwina Corry, the world’s greatest mystery author and friend to Lady Miranda and Colonel Covington.  Other guests arriving include Lady Covington’s feisty old mother, their high-flying daughter Kat, their chatty priest who doesn’t know when to quit and the caddish, eavesdropping neighbor boy Trevor.  Things are soon thrown into confusion, however, when Trevor is found stabbed to death in the kitchen.  On her arrival, Edwina eagerly launches an investigation into the murder.  Unfortunately, the evidence is stacked against poor Jenkins from the start, and when the bloody knife is found in his pocket, the other members of the household tie him to a chair and call the police.  The only problem?  Jenkins didn’t do it.  And now he’s got just half an hour to figure out who the real murderer is — while still tied to the chair.

The Butler Did It
by Todd Wallinger
Stage Presence Players

The show will take place at the newly built Ground Floor Theater in Austin, and will open April 23rd and run through April 26th. Performances will take place Thursday and Friday at 7:30 pm, Saturday at 3pm and 7:30 pm, and Sunday at 3 pm. 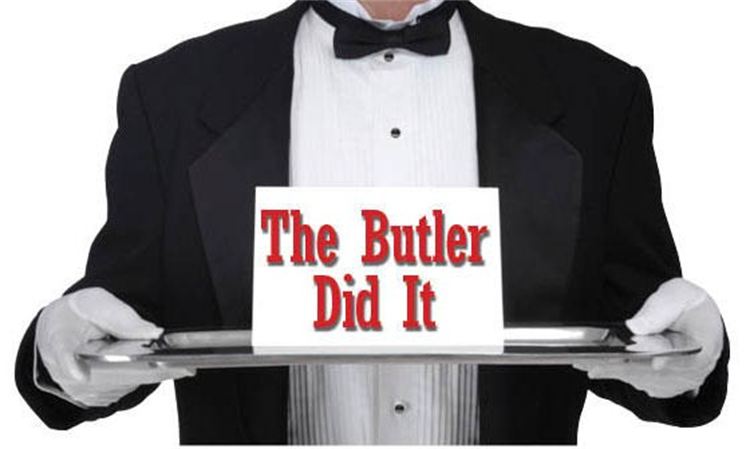 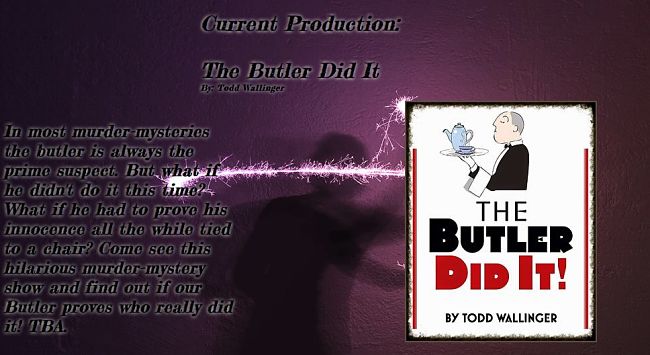