The new opera Rose Made Man, a coming of age story of a trans man named Gabriel, is also a coming of gender story since Gabriel was assigned female at birth, but identifies as a boy. Born deaf and thus having never heard his gender clearly spoken by others, he lives in a relative bubble until age ten when he gains his hearing and feels the full force of how his identity unsettles society. The piece will feature a cast and chorus of 20 singers with a chamber orchestra performing music by Franklin Piland (MM Music Composition) and a libretto by Tegan McLeod (MFA Playwriting).Directed by David Toro, musical direction by Philp Bernard. 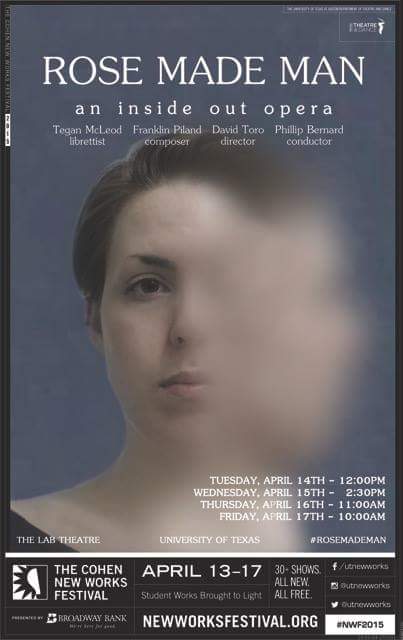