The adventurous crew takes the audience on a journey through the galaxy aboard the Spaceship Pythia Dust. On their travels they encounter diverse planets and landscapes and delve into magical experiences.

In September 2013, Ethos Artistic Director, Chad Salvata reunited three Ethos stars from the past 15 years in CyberFest, a retrospective of his work. The remarkable reunion of JoBeth Henderson, Eryn Gettys, and Melissa Vogt created one of the most memorable moments in CyberFest as they performed “Chime” from Pythia Dust. As all three performers worked on Ethos’s original film, Octia of the Pink Ocean, the sparks began to fly about a reunion performance. As the conversations continued, the enthusiasm from the designers, musicians, and the trio of divas grew. Imagine experiencing these three powerhouse leads all together again onstage! The re-creation of the magical vocal arrangements and harmonies is certain. The re-invention of choreography and design holds infinite potential. A new production features live music by a new band starring Chad Salvata himself on keyboards and synths (he did not play the original production) as well as Tyler Mabry on keyboards and Matthew Patterson on drums.

2-for-1 admission Thursday and Sunday with donation of 2 cans for SafePlace
Radical Rush offers limited free tickets each performance in the spirit of sustainability, accessibility, and participating in the gift economy. Radical Rush tickets released at 7pm each night--first come first serve! In-person only.

The VORTEX is funded and supported in part by a grant from the Texas Commission on the Arts and by the Cultural Arts Division of the City of Austin Economic Development Department. 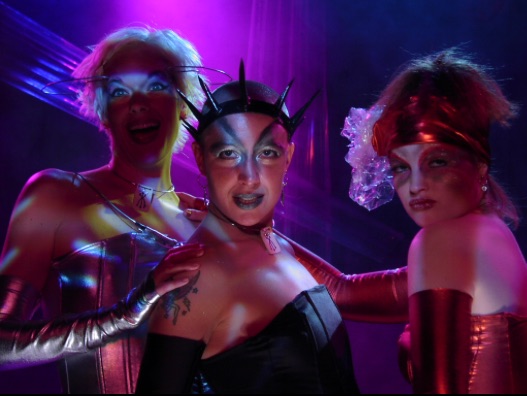