Peer Gynt (played by Andrew Bosworth) is an imaginative young man who is forced to leave his hometown after running away with a young bride on her wedding day. He spends his life traveling the world. Along the way, he works in a variety of occupations and meets a variety of characters, including a group of pirates and a troll king. As an old man, he is finally able to return home, where he is forced to confront his past mistakes. Fantasy and reality are seamlessly blended in this story of life, love, and learning to simply be oneself. 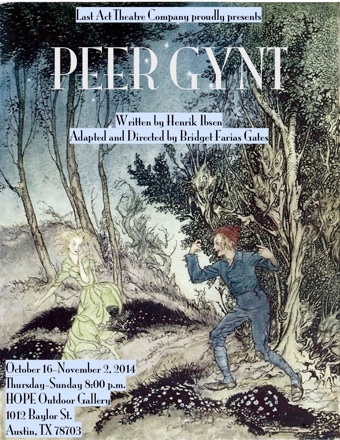