Naked as a Gaybird
by Salvage Vanguard Theater

n the eighth grade, playwright and performer Jay Byrd was a bit of a "sissy," but he was also a good Christian boy, the son of a Fundamentalist preacher. And he shared a family secret with his closeted gay uncle. When the popular kids in junior high dubbed him Gaybird, he felt ashamed and embarrassed… and curious about how those kids might have figured it out.

Naked as a Gaybird is Jay Byrd’s journey through a life of discovery, of hiding in closets, of learning about the body functions of boys and beasts, of sex and shame and naïveté, and of a pivotal moment in life when he was forced to look in the mirror and admit things to himself honestly.

A hilarious one-man show, Naked as a Gaybird is told through childlike animation, object puppetry, and conversations—like a tale told around a campfire to a new close friend after a couple of beers, with a song thrown in here and there for good measure. Jay Byrd bares his soul (and his ass) and reclaims the “Gaybird” as an important, fabulous part of the heroic survivor who lives inside him.

Naked as a Gaybird
by Jay Byrd
Salvage Vanguard Theater

TICKETS
Tickets to NAKED AS A GAYBIRD are pay-what-you-wish, starting price $10. The Gaybird Disco Night tickets are $35 each and include free drinks, food, and a post-show party with the creative team. Buy tickets online at salvagevanguard.org, box@salvagevanguard.org, and 512-476-SVT6. 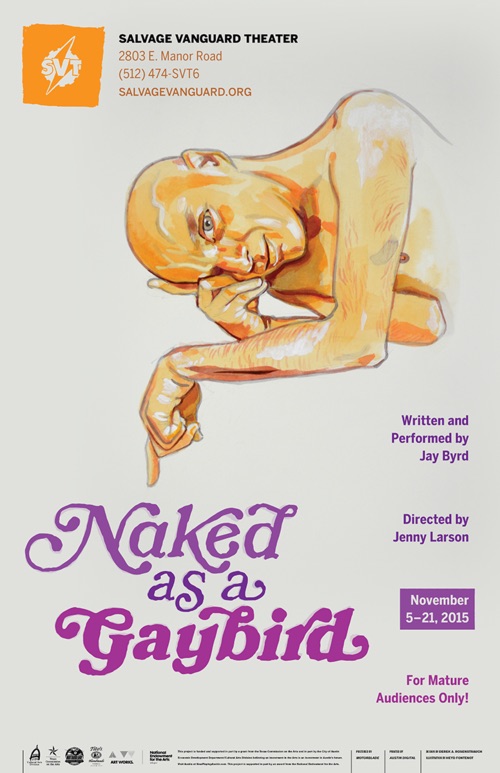 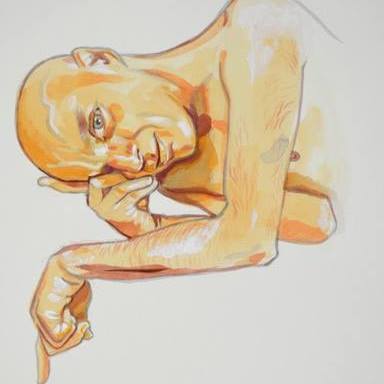