Lend Me A Tenor
by Wimberley Players

Lend Me a Tenor is a classic farce of mistaken identity with an endless stream of slamming doors crafted around the human foibles surrounding romance, lust, and a zest for life. Set in a 1930's Cleveland hotel as a world class opera star is coming to town to headline the local opera company's social function of the year. The show's goal is fast paced controlled chaos that delivers audiences all the laughs and joy they can ask for.

Lend Me A Tenor
by Ken Ludwig
Wimberley Players 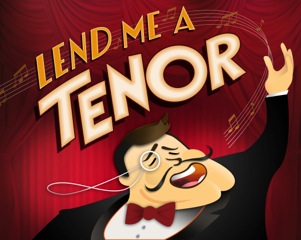