Andrew Rally seems to have it all: celebrity and acclaim from his starring role in a hit television series; a rich, beautiful girlfriend; a glamorous, devoted agent; the perfect New York apartment; and the chance to play Hamlet in Central Park. There are, however, a couple of glitches in paradise. Andrew's series has been canceled; his girlfriend is clinging to her virginity with unyielding conviction; and he has no desire to play Hamlet. When Andrew's agent visits him, she reminisces about her brief romance with John Barrymore many years ago, in Andrew's apartment. This prompts a seance to summon his ghost. From the moment Barrymore returns, dressed in high Shakespearean garb, Andrew's life is no longer his own. 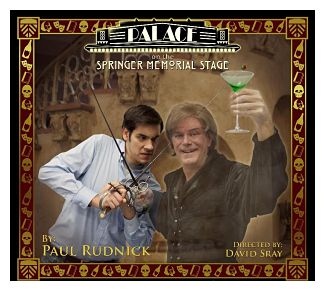