Spoken-word artist Ebony Stewart examines Hunger in her new one-woman show, premiering for two weeks only at The VORTEX. With a decade of experience in spoken word, slam poetry, and performance, Stewart has established herself as a vital voice in American theatre. Stewart has been touring professionally around the U.S. and now returns to Austin to roar her truth with this unapologetic cascade of poetry and theatre. Open up to the space between forgiveness and farewell. Directed by Zell Miller III.

Feature by Robert Faires at the Austin Chronicle, August 27, 2015

Ebony Stewart is a writer and spoken-word performing artist poet. In 2012, she coached the Neo-Soul slam team finishing 1st place in Group Piece Finals. In 2013, she coached the Austin Poetry Slam team leading them to 5th place at the National Poetry Slam and coached the TheySpeak Poetry Slam team finishing top 8 in the world at Brave New Voices in 2014. She is the only adult female three-time Slam Champion in Austin Texas and has shared stages with Buddy Wakefield, Derrick Brown and the late Amri Baraka. She is a published author, a former Sexual Health Educator, and an aspiring comedian – at least she thinks she’s funny. She has been featured in the “Texas Observer”, “For Harriet”, and “The Agenda: working for LGBT economic equality” magazine. Sometimes known as The People's Poet and The Gully Princess, Ebony Stewart writes because she has to and eats cupcakes for fun.

This project is funded and supported in part by VORTEX Repertory Company, a grant from the Texas Commission on the Arts and by the Cultural Arts Division of the City of Austin Economic Development Department.

Visit vortexrep.org for details and tickets.

LIVESTREAM via Howlround.com/tv on September 4th at 8pm CDT! 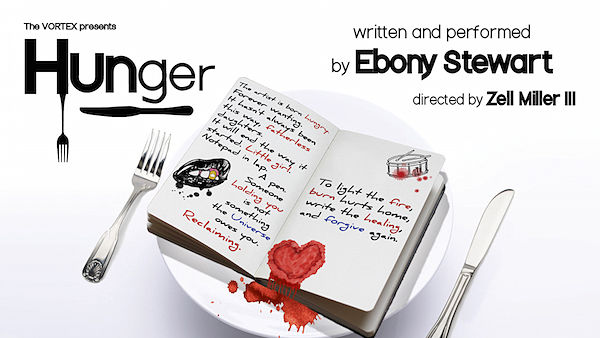 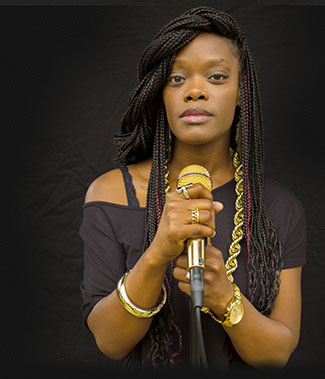