HANDS UP, HOODIES DOWN
by Vortex Repertory Theatre

A protest song sung in the key of high octane spoken word stanzas exploding through tears and heartache; it's the balled fist full of possibilities; it’s the feeling of the day after the riot and no place to buy groceries; it’s the mother's moan and the father's wail. Hands Up Hoodies Down asks: How do we react when human beings are taken out of existence?

Click to read related feature by Robert Faires at the Austin Chronicle, March 12

Hands up Hoodies down is funded and supported in part by VORTEX Repertory Company, by a grant from the Texas Commission on the Arts, and by the Cultural Arts Division of the City of Austin Economic Development Department. 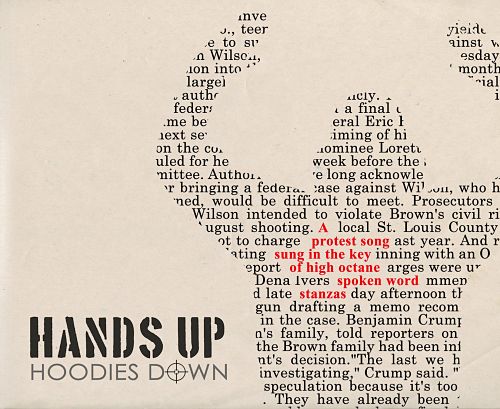