Teatro Vivo presents the fourth annual Austin Latino New Play Festival (ALNPF) in collaboration with ScriptWorks. Everyone is invited to enjoy these three evenings of staged readings of new Latino plays. Performances take place at the Emma S. Barrientos Mexican American Cultural Center, May 8-10, 8 p.m. General Admission is “pay what you wish” Reserved seats are $15 for each evening. An ALNPF Festival Pass is available for all three evenings for $40. Visit teatrovivo.org for information.

ALNPF is a theater event, which unites playwrights and audience members in conversation about three new workshop productions that bring insight into the Latino experience. The staged readings are workshop-style presentations. After each reading, the playwright and director participate in talkback sessions with the audience. Though the productions have Latino roots, they explore cross-cultural age-old themes and modern dilemmas that will surprise, challenge, engage and push the dramatic envelope for audience members accustomed to one-way conversations at the theater. 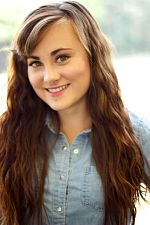 Cielito Lindo is a bilingual (Spanish-English) play that focuses on 9-year-old Florencia (Sky) Valdez who is raised with her brother by her two grandparents (Abuelos). Sky is struggling with bullies at her school who in turn make her question her identity and the kind of person she wants to become. With the help of her friend and her Abuelo’s advice she determines that family and friendship, love and respect, are the most important things in life.

Playwright: Stephany Cavazos is a 3rd year at the University of Texas at Austin pursuing a B.A. in Theatre & Dance and a Business Foundations Certificate. While she was born in Gillette, Wyoming she spent most of her childhood in San Antonio, Texas before moving to Austin. She has written many plays but “Cielito Lindo” is the first play she plans to showcase. Her family is the most important thing to her and is so blessed to have their guidance and wisdom in her life. 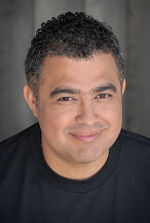 The discovery of a wrestling mask prompts Lupita, a Wisconsin grandmother, to share her tale about growing up in 1950‘s Texas. As she tells her story, her life as a teen tomboy comes alive--bike riding, running her father's flower stand and lucha libre. Within her tale, Lupita anticipates seeing a World Championship match until she discovers her ailing father is one of the wrestlers. Concerned about her father’s safety, Lupita trains “in secret” to be a wrestler but finds difficulty keeping her secret from her friends and, most importantly, her father.

Playwright:Alvaro Saar Rios is a writer  & performer as well as the co-founder of the national touring performance troupe--The Royal Mexican Players.  He holds an MFA in Writing for the Stage & Screen from Northwestern University and his work has been performed in New York City, California, Hawaii, Milwaukee, and all over Texas!  Mr. Rios is an Assistant Professor at the University of Wisconsin-Milwaukee where he teaches playwriting.  Recently, he was commissioned to write a young audience opera for Houston Grand Opera. 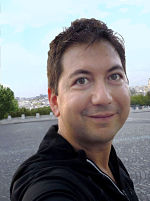 Raul Garza (via Teatro Vivo)Aspiring writer Emi Castillo chronicles the struggles of her Mexican immigrant family as they survive in the shadows of Chicago’s El, and their family’s Él – the unseen husband and father who abandoned them years ago. English, Spanish, Catholicism, artistic expression, and truth are forced to coexist in the Castillo’s small Logan Square apartment, with humorous and poignant consequences. As the family’s story is revealed, characters explore the value, process, and costs of telling their stories.

Playwright: Raul Garza is an Austin-based playwright who has drawn acclaim for telling stories that resound with authenticity and sense of place. His full-length play, “Fantasmaville” garnered the National Latino Playwriting Award, and earned a B. Iden Payne Award nomination for Outstanding Original Script. When not writing plays, Raul teaches yoga, devours pop culture, and serves as co-founder and creative director of TKO Advertising. Raul received his Bachelor’s degree in Advertising from The University of Texas at Austin and his Master’s degree in Liberal Arts from St. Edward’s University.

Performances take place at the Emma S. Barrientos Mexican American Cultural Center, May 8-10, 8 p.m. General Admission is “pay what you wish” Reserved seats are $15 for each evening. An ALNPF Festival Pass is available for all three evenings for $40. Visit teatrovivo.org for information.