Fiddler on the Roof
by Fredericksburg Theater Company

The musical story of Tevye, a poor dairyman living in Czarist Russia who struggles to instill in his five daughters the traditions of his tight-knit Jewish community in the face of changing social mores and the growing anti-Semitism of Czarist Russia.

Rich in historical and ethnic detail, Fiddler on the Roof has touched audiences around the world with its humor, warmth and honesty. The universal theme of tradition cuts across barriers of race, class, nationality and religion, leaving audiences crying tears of laughter, joy and sadness. The show features one of the most memorable roles in all of musical theatre. Originally directed and choreographed by legendary director Jerome Robbins, Fiddler on the Roof features such Broadway classics such as “Sunrise, Sunset,” “If I Were a Rich Man” and “Matchmaker.”

Fiddler on the Roof
by Bock, Harnick and Stein
Fredericksburg Theater Company 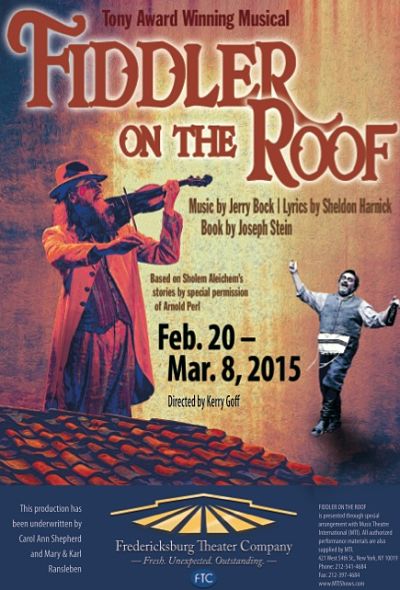 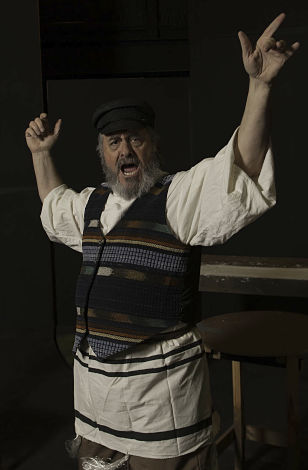