Different Stages opens its 2016-2017 season with Ray Bradbury’s Fahrenheit 451. Set in the twenty-fourth century, Fahrenheit 451 is a gripping tale at once disturbing and poetic about a firefighter, Guy Montag, whose job is to start fires to destroy books and the houses that contain them. He never questions the destruction and ruin his actions produce, returning each day to his bland life and wife, Mildred, who spends all day with her television “family”. But then he meets an eccentric young neighbor, Clarisse, whose inquisitive nature and humanist philosophy prompt him to question the emptiness of his life.

Directed by Lily Wolff (Lungs), Fahrenheit 451 features Kriston Woodreaux (As You Like it) as the fireman and Martina Ohlhauser (Too Many Husbands) as his wife. Playing the young neighbor is Bria Washington (Enter a Woman Pretty Enough). The fire Captain is Played by Rick Smith (The Price) and the young neighbor’s grandfather is played by Garry Peters (John Gabriel Borkman). Playing various roles in Fahrenheit are Kathy Rose Center (Pottsville), Eva McQuade (The Language Archive) and Cassie Reveles (Alice in Wonderland). Rounding out the cast are Devin Ramirez and Kamile Robertson. 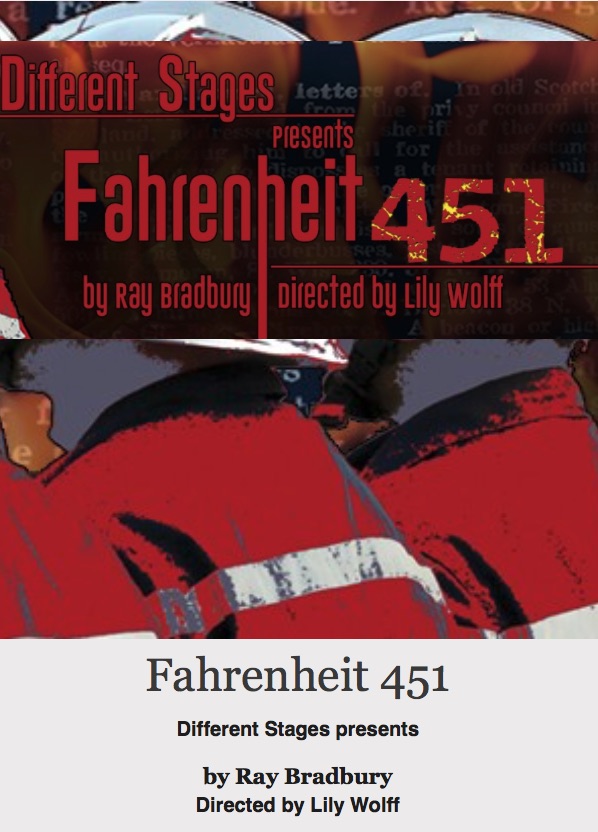