That devilish baseball musical DAMN YANKEES takes its turn at bat at the Historic Palace Theatre in Georgetown from August 28 to September 27!  For five wonderful weekends on the Palace stage, this Broadway mega-hit, directed by Ron Watson for the Palace, is prepared to score the points that will win your heart.  Based on the novel The Year the Yankees Lost the Pennant written by Douglass Wallop, DAMN YANKEES has Lyrics and Music by Richard Adler and Jerry Ross and Book by Douglass Wallop and George Abbott.

DAMN YANKEES is reported to be the only successful musical comedy built around the American national pastime of baseball – its success due, at least in part, to the age-old Faust theme.  To wit:  Set during the 1950s in Washington, D.C., during one of those times when the New York Yankees dominated major league baseball, middle-aged baseball fanatic Joe Boyd trades his soul to the Devil, also known as Mr. Applegate, for a chance to lead his favorite team to victory in the pennant race against the New York Yankees.  Light, fast-paced and clever, DAMN YANKEES hits a home-run with its all-American subject matter and irreverent sense of humor, winning 7 TONY Awards including Best Musical in 1955.  Please check our Website for ratings for this show:  MP, PG, MH.

DAMN YANKEES is generously sponsored by The Round Rock Express, and Brookwood In Georgetown is our non-profit partner.  The Palace’s 2014-2015 Season is sponsored in part by the Texas Commission on the Arts.

Please check our Website www.georgetownpalace.com for specific dates and times and to purchase tickets.

The Palace seats about 295, with reserved seating paid for in the ticket price.  The Palace office in the lobby of the theatre is open Monday through Friday from 10:00 a.m. until 4:00 p.m. (except for some holiday dates).  Purchase tickets and select seating on-line at www.georgetownpalace.com or by calling 512-869-7469.  (Please call ahead regarding special needs seating.)  Visa, Master Card, Discover, and American Express are accepted. 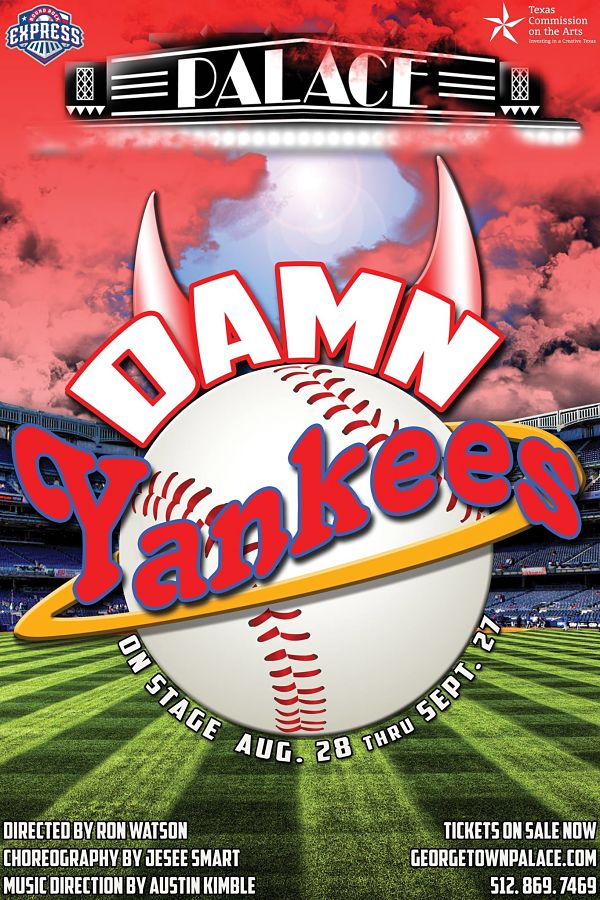 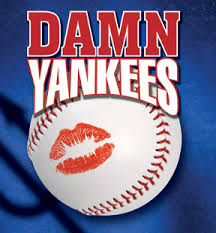 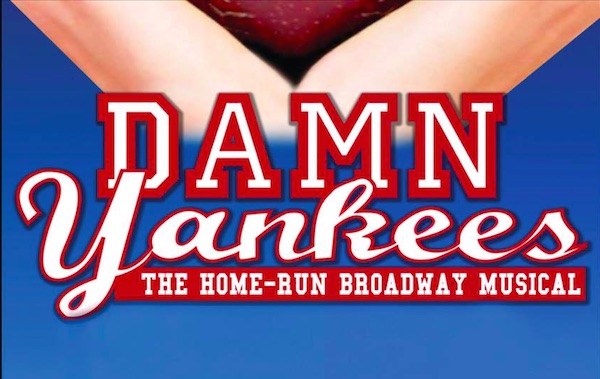