Cuchulain (pronounced Kuh-HOO-lin) is the bravest and fiercest of warriors and the Champion of King Connor of Ulster. In this cycle of stories, Cuchulain seeks the water of immortality. Chance encounters with a warrior-woman and a fairy woman of the Sidhe (pronounced SHEE) dramatically change the course of his life. As the Sidhe make mischief, Cuchulain must do battle with his wits instead of relying on his “battle rage” and magic spear, until one day, King Connor forces him into an impossible situation . . .

Why the myths of Cuchulain?  Why W. B. Yeats?  Why now? The news is dominated by countries struggling with identity. Land defines a country’s sometimes-shifting boundaries, but it’s the myths and folklore that define cultural identity, and subsequently, national consciousness. Cuchulain is an Iron Age mythical hero, with flaws that eventually lead to his downfall. World-renowned Irish poet, author, and fervent nationalist, W. B. Yeats wrote five plays and several poems about Cuchulain during the early 1900s, placing our hero in the category of nationalist symbol, used by both sides of the Irish political divide. “Cuchulain” demonstrates the power of cultural heritage, regardless of whether that heritage is Celtic. W. B. Yeats understood the value and power of symbol as a way to inspire a political movement. Now, more than ever, we need stories and symbols to feed our imaginations.

On June 12 ONLY, enjoy a dinner of Shepherd's Pie and side, plus a Priority Seating ticket to Cuchulain, all for one $25 price. Tickets now available in limited numbers via Brown Paper Tickets. 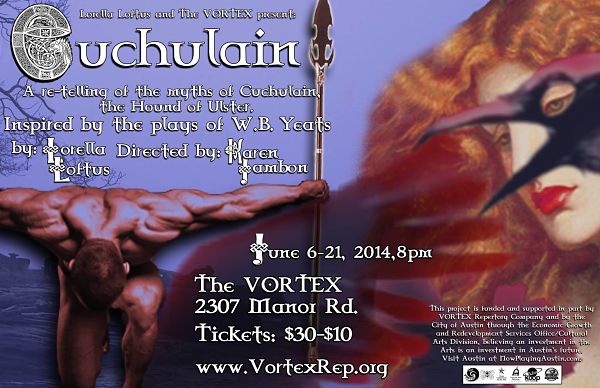 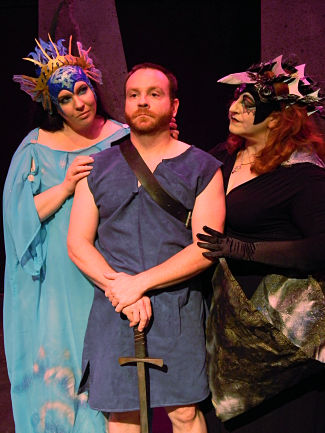