Co*Star: The Record Acting Game with Vincent Price
by FronteraFest

YOU act scenes opposite your favorite actor. Directions: 1) Remove script from LP envelope. 2) Turn to any scene you want to play. 3) Place the phonograph needle on the corresponding scene that is on the record. 4) Listen carefully as the narrator sets the scene and the star on this record acts out his part and gives you your cue. 5) When your cue is given, read your lines at the proper pace so that the flow of the scene is natural and realistic. 6) Follow the script but you may add, change or improvise your lines as you wish. REMEMBER! Practice makes perfect.

One of five Short Fringe pieces at Hyde Park Theatre, from 8 p.m. 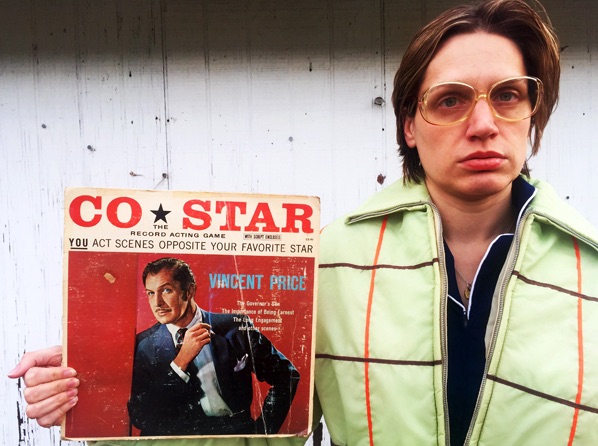