Two soldiers play a trick to test the fidelity of their sister sweethearts, egged on by a cynical friend and abetted by a saucy ladies' maid. Mozart’s comic masterpiece stars our emerging artists in a concert version of the opera. 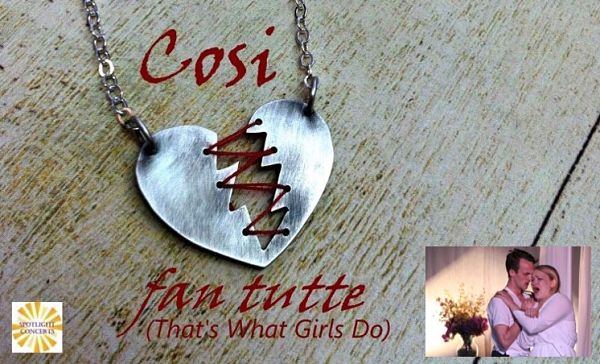 About Spotlight on Opera

[2015] Spotlight on Opera is in its 9th season as Texas' premiere summer opera training program. We are dedicated to providing training and performance opportunities to career track and avocational singers …

Productions by Spotlight on Opera