Beaten Up By A Girl
by FronteraFest

A hilarious and touching one-man show about the travails of growing up as a bullied, socially awkward band geek in the early '80's Houston suburbs. An even more complicated situation arises when Kim, the overweight Buddhist girl from Encino, arrives and immediately falls in love with him. Developed with Jane Morris.

Beaten Up By A Girl
by Samm Hill
FronteraFest

One of five Short Fringe pieces at Hyde Park Theatre, from 8 p.m. 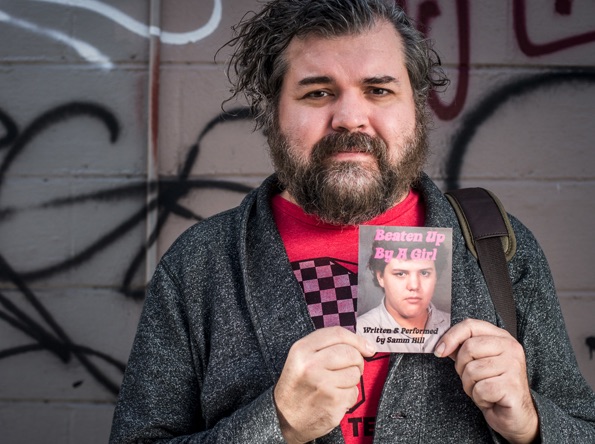