Emmy-winning actress HOLLAND TAYLOR will reprise her role as Ann Richards in her hit Broadway play ANN at ZACH Theatre April 6 - May 15, 2016 in the Topfer Theatre, under the direction of BENJAMIN ENDSLEY KLEIN.

"Taylor is a pistol. She immerses herself deep into the role, conveying Richards’ big-as-Texas appeal.” –NY Daily News

Tough as nails. Funny as hell. ANN brings our brassy blue Governor Ann Richards back to vivid life in a tour-de-force performance direct from Broadway. ANN is an inspiring and hilarious new play that brings you face to face with a complex, colorful, and captivating character bigger than the state from which she hailed. This Texas-sized story is a perfect fit for ZACH's Karen Kuykendall Stage where you'll be treated to an up close and personal visit with one of the most unforgettable personalities in Texas politics. “I do not want my tombstone to read, ‘She kept a really clean house.' I think I'd like them to remember me by saying, ‘She opened government to everyone'.”

“I’ve been after this play since its inception and I am a big fan of what Holland has created,” says ZACH Producing Artistic Director Dave Steakley.  “Her portrayal of Governor Richards is one of the most stunningly complete, detailed, and nuanced portrayals of a historical political figure, who so many of us living in Central Texas knew intimately.  I promise that within mere minutes there is no need for a suspension-of-disbelief, because Holland embodies Ann so fully in her play that you will swear the Governor has made a return appearance to center stage where she has always belonged.  Governor Richards was a big ZACH fan and could frequently be found in our audience, and she was a lifelong friend of actress Karen Kuykendall for whom ZACH’s stage is named, so producing this play carries extra heartfelt significance for us.”

HOLLAND TAYLOR (Ann Richards and playwright) The New Yorker has called Holland Taylor "the first vaudeville Gentile we ever saw."  Her New York stage performances include Bess in Breakfast with Les and Bess, the original productions of Butley opposite Alan Bates, and A.R. Gurney's The Cocktail Hour. In Los Angeles, she has performed in Kindertransport, and played opposite Christopher Lloyd in Yasmina Reza's The Unexpected Man at the Geffen. She has worked extensively in film and television, appearing in Romancing the Stone, Jewel of the Nile, To Die For, Next Stop Wonderland, One Fine Day, George of the Jungle, The Truman Show, Happy Accidents, Spy Kids (2 & 3), Keeping the Faith, Legally Blonde, and Baby Mama with Tina Fey and Amy Poehler.  On television, Holland has been nominated for the Emmy seven times, winning Best Supporting Actress in a Drama for the popular Judge Roberta Kittleson on The Practice. Among her numerous series starring roles: The Powers that Be, Norman Lear's short-lived but highly acclaimed political satire; Bosom Buddies with Tom Hanks; and Two and a Half Men with Jon Cryer and Ashton Kutcher.  She has performed narrations for the Los Angeles Philharmonic with Essa-Pekka Salonen and John Adams, and narrated the Harry Potter Suite for John Williams at the Chicago Symphony Orchestra.  Holland was a dedicated student of Stella Adler, and has given talks about the work and cultural contribution of this great teacher.  Proud to be a Philadelphia native, she went to Westtown Friends School in that area, and took a B.A. at Bennington College. In 2005 she became a student again, earning an M.A. from the University of Santa Monica and in '06, began work on Ann.  Holland wrote and performed Ann on Broadway in the role of the legendary Governor of Texas, Ann Richards at Lincoln Center's Vivian Beaumont Theater and was nominated for a Tony Award for Best Actress.  Holland will always be grateful to Maureen Patton, Director of the Galveston Grand Opera, who believed in the play, and took an enormous 'Ann Richards sized' risk in launching its first run.

Benjamin Endsley Klein lives in New York City and is currently the Resident Director of the 2015 Tony-Award winning Best Play The Curious Incident of the Dog in the Nighttime.   Mr. Klein was also the Resident Director of War Horse at Lincoln Center Theatre (Tony Award Best Play 2011).   Selected credits as Director include Broadway’s Ann (and subsequent productions across the US), the world premiere musical Hello Out There at The Adirondack Theatre Festival, the East Coast Premiere of Sick by Zayd Dohrn at New Jersey Repertory, Hairspray at Charlottetown Festival (Prince Edward Island, Canada), Notes to MariAnne at the Eugene O'Neill Musical Theatre Conference, and Dr. Seuss' How the Grinch Stole Christmas at The Old Globe in San Diego. As Associate or Assistant Director, credits include Love Never Dies in the West End, Hairspray in the West End (Olivier Award for Best Musical 2008), the UK tour of Hairspray, Lincoln Center Theater’s The Coast of Utopia (Tony Award Best Play 2007), and Broadway, 1st National US Tour, and Regional productions of Dirty Rotten Scoundrels. Awards include the Emerging Artist Award from the University of Michigan Department of Music, Theatre, and Dance, the Mike Ockrent Fellowship by the Society of Stage Directors and Choreographers, and the Paul Green Foundation Award by the National Theatre Conference.

ABOUT ZACH’S PRODUCTION
Tickets start at $25 and are available online at www.zachtheatre.org, by phone at 512-476-0541 x1, or in person at the ZACH Theatre Box Office, in the Topfer Theatre, 202 South Lamar Blvd. (corner of Riverside Drive and South Lamar Blvd.) Monday through Saturday, noon – 7 p.m.  ZACH Theatre is wheelchair accessible.  Discounts are available for groups of 8 or more. Student Rush Tickets are $18 one hour before show time (with valid ID).

Wednesdays - Saturdays in the evening, Sundays at 2:30 p.m. 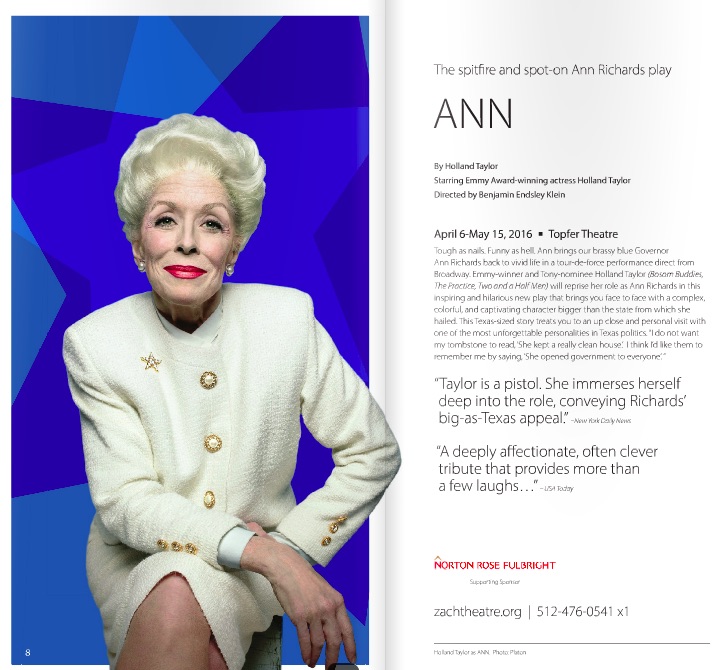 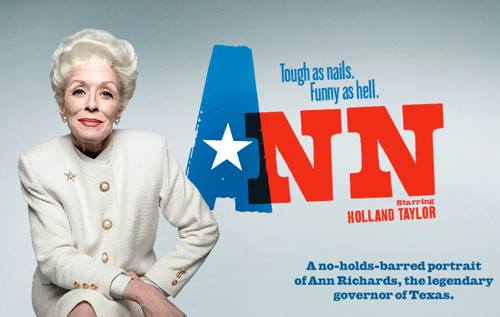