Am I White
by Salvage Vanguard Theater

When Neo-Nazi terrorist Wesley Connor returns to prison after a failed bomb plot, he is confronted with the two identities that threaten his position within the White Order of Thule most: fatherhood and his own mixed race heritage.

Inspired by the true story of Leo Feltonand Erica Chase, Am I White travels between linear narrative, recurring dreams and minstrel show nightmare to discover if a singular self exists in post-modern, “post-racial” America.

Am I White
by Adrienne Dawes
Salvage Vanguard Theater 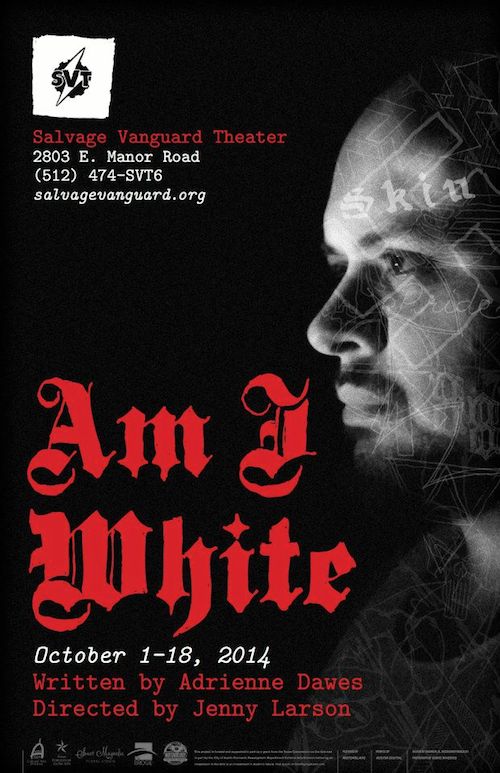