A Grand Night for Singing
by Fredericksburg Theater Company

The box office opens on Monday, August 1st for the Fredericksburg Theater Company's (FTC's) production of A Grand Night for Singing. This Tony-nominated Best Musical showcases Richard Rodgers' timeless music and the incomparable lyrics of Oscar Hammerstein. Artistic Director Kerry Goff will helm the production. Dawn Hahn serves as Music Director and will conduct a live orchestra onstage. Cast in the show are KaraJoy Baker, Sarah Spillman, Sonia Nizny, Drexel Hallaway and David Baker. The production is part of FTC's 20th anniversary season and will have six performances onstage at the Steve W. Shepherd Theater, 1668 South US Hwy 87, Fredericksburg, TX, 78624.

From "Oh, What a Beautiful Mornin" to "Some Enchanted Evening," A Grand Night For Singing features over 30 of the duo's greatest hits from shows such as Carousel, Oklahoma!, The King and I, South Pacific and more, offering "something wonderful" for all lovers of classic musical theatre.

The cast for FTC's production of  "Rodger's & Hammerstein's A Grand Night For Singing" (left to right in the photo) is Sarah Spillman, Sonia Nizny, KaraJoy Baker, David Baker and Drexel Hallaway

About the Fredericksburg Theater Company: The mission of the Fredericksburg Theater Company (FTC) is “to provide superior theatrical programs for regional participation which entertain, educate, enrich and inspire.” Formed in 1997 by Jeryl Hoover, the theater has grown to an audience of over 8,000 annually. All performances are held at the Steve W. Shepherd Theater. FTC is a 501(c)3 non-profit organization. It has received statewide recognition from the Texas Nonprofit Theatres as well as grants from various arts endowment organizations.

A Grand Night for Singing is a musical revue showcasing the music of Richard Rodgers and the lyrics of Oscar Hammerstein II.

Featuring songs from such lesser-known works as Allegro, Me and Juliet, State Fair, and Pipe Dream, modest successes like Flower Drum Song and hits like Carousel, Oklahoma!, The King and I, South Pacific, Cinderella and The Sound of Music, it originally was presented cabaret-style at Rainbow & Stars at the top of Rockefeller Center. 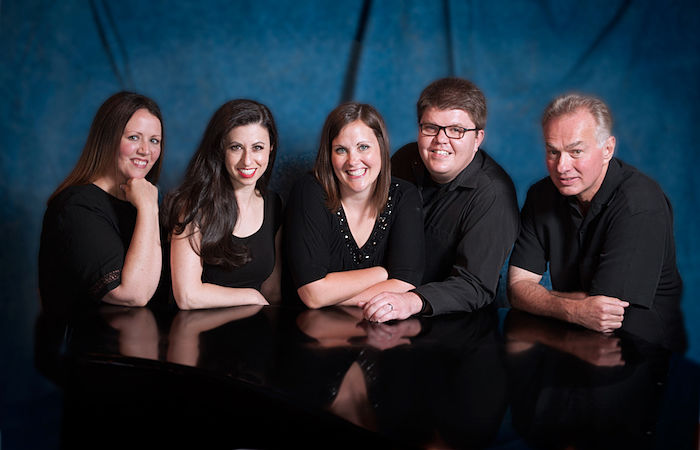