A Celebration of Harold Pinter
by touring company

Actor Julian Sands is frequently seen worldwide in films, on stage, and on television. He trained in London at The Central School of Speech and Drama and has appeared in over 100 films including; The Killing Fields, A Room with a View, Ocean’s 13, and The Girl with the Dragon Tattoo. On television, he is best known for his recent role on 24 but has also been seen on Smallville, Ghost Whisperer, and Dexter.

In 2005, Mr. Sands was approached by Nobel Prize-winning playwright and poet Harold Pinter to prepare a set of Pinter’s poems for a special presentation in London. Working closely with Pinter, he was granted a rare insight into his personality, life, and work. This extraordinary collaboration evolved into a wonderfully humorous and fascinating solo show directed by John Malkovich, titled A Celebration of Harold Pinter.

“... a performance that captures the pugnacity, precision and a little of the dry humor of an exacting writer.” — Variety

PARKING INFORMATION
The University requires all faculty, staff, students, and visitors to pay for parking on campus. Please be aware when you come to a performance that UT parking has changed and new signage has been posted in regards to the changes. All parking on campus – both ADA and non-ADA requires a permit or payment of fees – this does include the ADA on Robert Dedman Drive. Patrons to the Texas Performing Arts complex are encouraged to park in university parking garages or LBJ surface lots. A discounted parking rate of $6 can be purchased on-line at: https://utcofaparking.clickandpark.com/venue. The discounted parking is only available online until 10pm, the day prior to an event. Please read signs carefully. 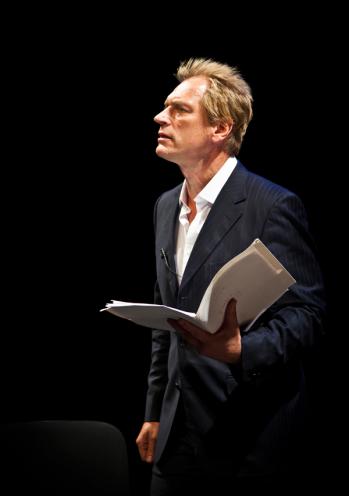