A Murder Is Announced
by Playhouse 2000

Agatha Christie’s 50th book featured the unforgettable “Miss Marple,” an uncannily effective amateur sleuth, in her very best role. Now, that novel has been adapted for the stage in a fast-paced, often light-hearted mystery-thriller you’re sure to love.

The story begins with an advertisement in the local gazette which reads: “A murder is announced and will take place on Friday October 29th, at Little Paddocks at 6.30 p.m.” Unable to resist the mysterious invitation, a crowd gathers expecting a game which becomes all too real. Miss Marple provides the solution in a dramatic final confrontation.

A Thriller Adapted by Leslie Darbon

The fourth play in our biennial Agatha Christie series promises all the thrills, chills, opulence and artistry of And Then There Were None, Witness For The Prosecution, and Murder On The Orient Express.

A Murder Is Announced
by Agatha Christie, adapted by Leslie Darbon
Playhouse 2000 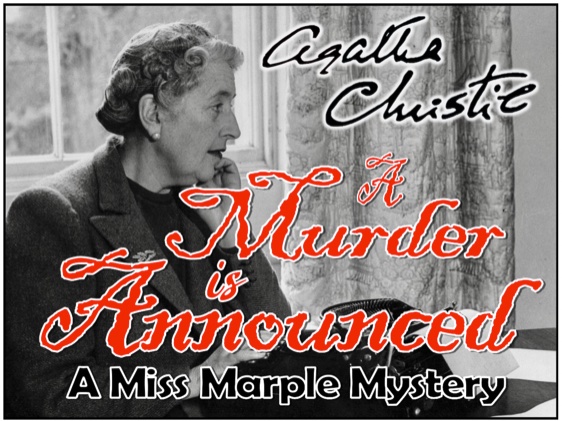