Sense and Sensibility
by Wimberley Players

The Dashwood sisters you know and love, Elinor and Marianne, are left destitute after their father’s unexpected death. Now socially vulnerable and subject to the society gossips, they navigate the highs and lows of love, humorously and emotionally, in a world where reputation is everything. This new adaptation by American playwright Kate Hamill set in gossipy late 18 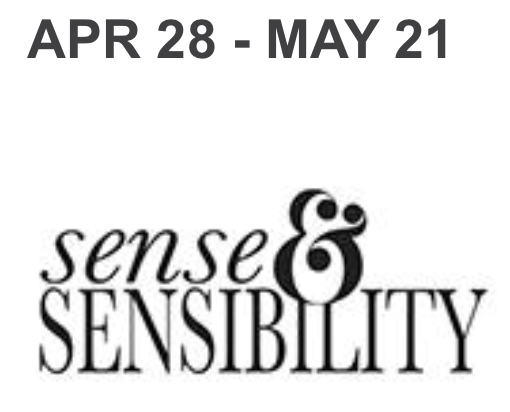