The Play That Goes Wrong
by Georgetown Palace Theatre

“Break a leg!” takes on a whole new meaning for a woefully misguided troupe of players at the Cornley University Society’s opening night performance of The Murder at Haversham Manor. An unconscious leading lady, a corpse who can’t play dead, a ruffled detective, and a word-mangling butler (among others) must battle against technical gaffes, forgotten lines, and sabotaging scenery in a quest to arrive all in one piece at the final curtain call. Part Monty Python, part Sherlock Holmes, all mayhem, this 1920s whodunit is disastrously delightful. 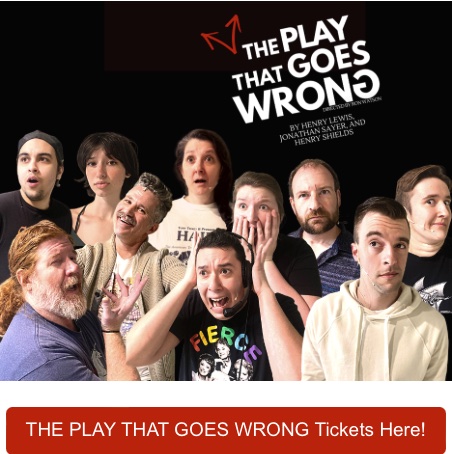 THE PLAY THAT GOES WRONG is Broadway & London’s award-winning smash comedy! Co-written by Henry Lewis, Jonathan Sayer and Henry Shields and called “A GUT-BUSTING HIT” (The New York Times) and “THE FUNNIEST PLAY BROADWAY HAS EVER SEEN” (HuffPost), this classic murder mystery is chock-full of mishaps and madcap mania delivering “A RIOTOUS EXPLOSION OF COMEDY” (Daily Beast). It's “TONS OF FUN FOR ALL AGES” (HuffPost) and “COMIC GOLD” (Variety)–sure to bring down the house!

Performances run Friday and Saturday at 7:30pm and Sunday at 2pm. Full information about dates and times can be found on the Georgetown Palace website.

Tickets are $36 for adults, $33 for seniors, students and military, $17 for children. Student rush tickets are available at the door with valid student ID for $24. All fees are included in ticket pricing.

Tickets are on sale now at GetPalaceTickets.com 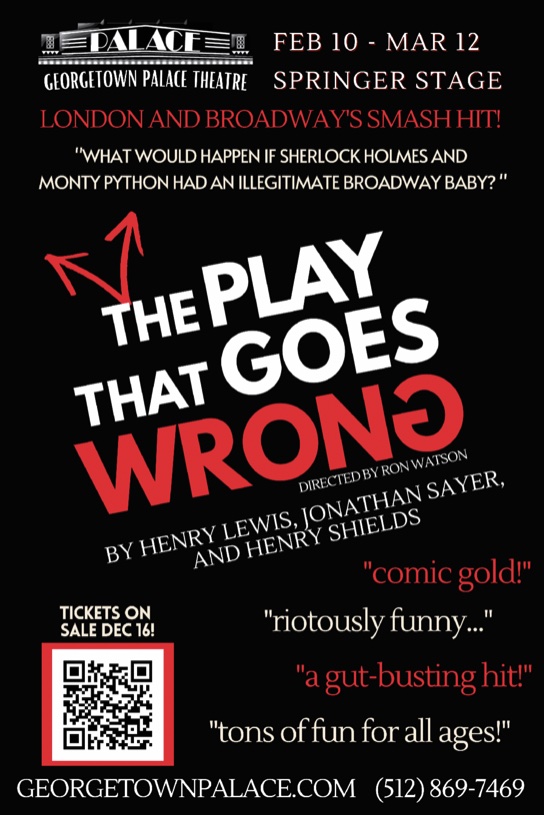