Many of you have been asking for a special "after dark" holiday script for years and here it is! This script-in-development is ready for an audience and we have quite the team to share it!

After years of sincere retellings of beloved, nostalgia-soaked Christmas stories, Penfold Theatre invites you to a version of Die Hard, reimagined as the irreverent, “Prairie Home Companion” Christmas Special that never should have existed. Because some nights Christmas just isn’t Christmas until Bruce Willis drops Alan Rickman off a California skyscraper…on a wholesome 1940’s radio broadcast.
Make it a double feature for just the right mix of classic holiday magic and irreverent fun.

A staged reading directed by Jonathan Young, it features: 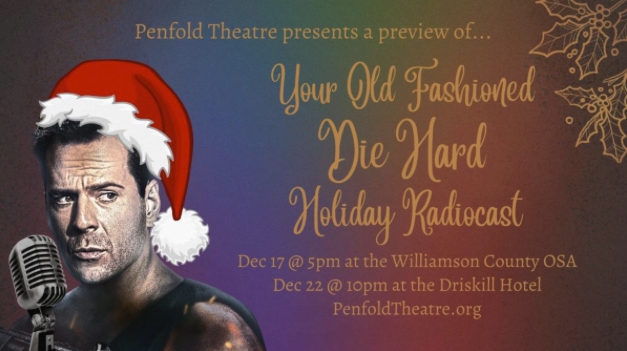