The Blanton Museum of Art at The University of Texas at Austin and Salvage Vanguard Theater will present the world premiere of Casta by Adrienne Dawes. Featuring puppetry, dance, and original music, the immersive performance is inspired by 18th-century casta paintings—a uniquely Mexican art genre that depicts the mixing of races that occurred in colonial Latin America. Produced by Salvage Vanguard Theater, Casta will be performed at the Blanton in collaboration with the concurrent exhibition Painted Cloth: Fashion and Ritual in Colonial Latin America. 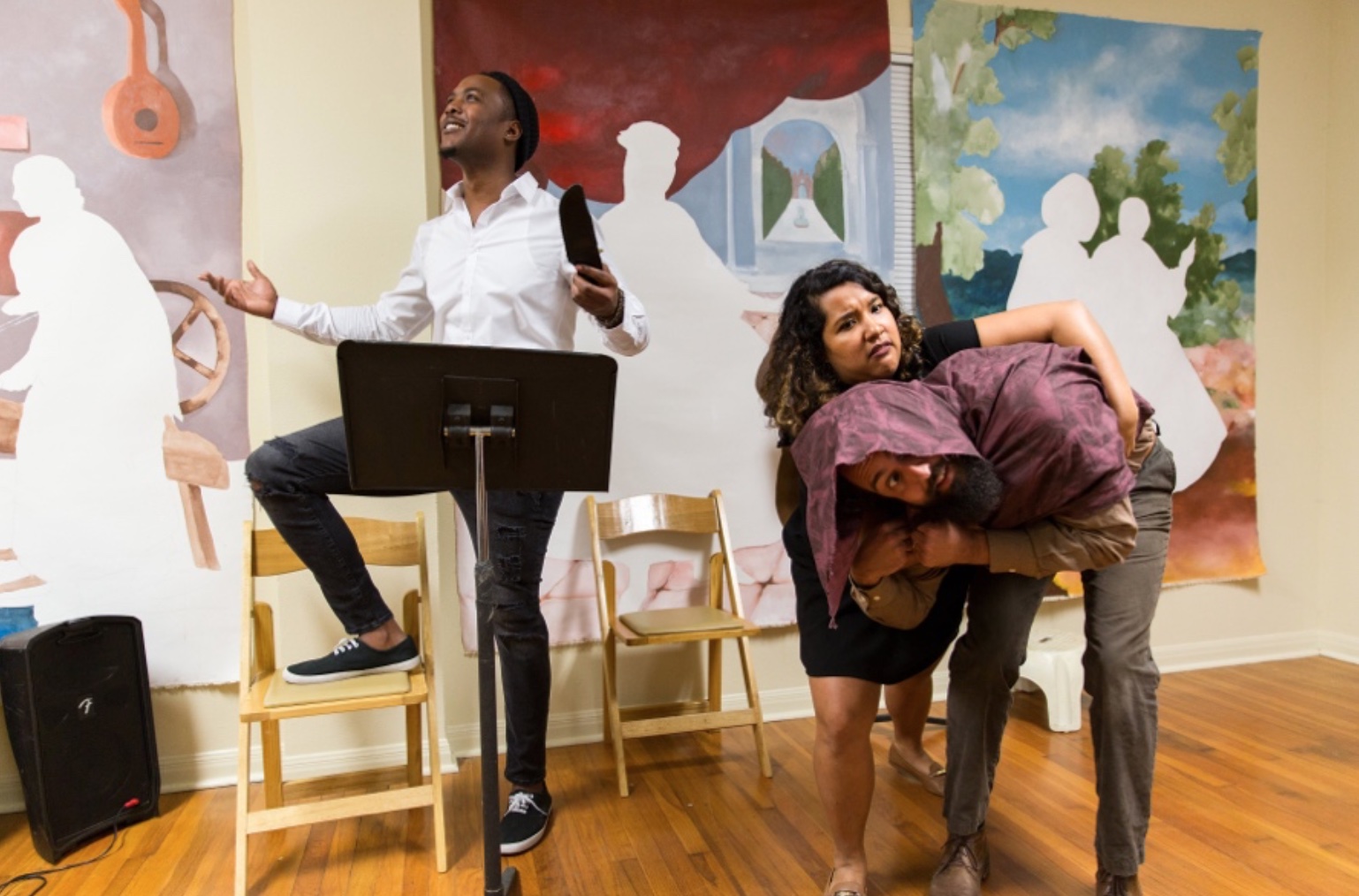 Casta is a MAP Fund and National Endowment for the Arts grant-winning performance piece, with original music by composer Graham Reynolds and co-direction by jkjk (Jenny Larson-Quiñones & khattieQ). Set in Mexico City in 1785 and inspired by a series of 16 casta paintings by Miguel Cabrera, one of the most prolific artists of the period, the piece shows an apprentice commissioned to paint a casta series for a wealthy patron. Although the painter tries to please the patron by conforming to set ethnic categories and appearances, the portraits come to life and revolt.

“The complexities of contemporary racial identities are reflected in this distant mirror of casta paintings,” said playwright Adrienne Dawes. “Just as we struggle today to contain ourselves within tidy ‘identity categories’ (often defined for us by government entities), this hybrid performance draws from both the history of casta paintings and accounts of colonial subjects who rejected narrow, static categorizations of race and identity. Casta paints a theatrical portrait of Latinx/Latine families that explores just how fluid identity always has been and will be.”

Casta paintings grew in popularity during the 1700s in Mexico. Commonly produced as part of a set of 16 paintings, they portray intimate family scenes of a couple with their child. Each sitter is labeled with a socioracial category or “caste,” according to a taxonomy defined by colonial officials, portrayed in what was considered the appropriate dress and activity for each caste. An attempt to document and classify the European, Indigenous, African, and mixed-race population, they idealize divisions of race and class that were fluid in real life. Painted Cloth includes paintings from a series of Mexican casta paintings, as well as paintings from the only series produced in Peru, on view in the U.S. for the first time.

“Casta from Salvage Vanguard Theater shares the core premise of Painted Cloth: the visual arts are reflections of—and on—the real world,” said Rosario Granados, Marilynn Thoma Associate Curator, Art of the Spanish Americas. “Casta paintings are idealized depictions that both celebrate and criticize social diversity. The performance brings these 18th-century artworks to life and recontextualizes them, providing food for thought about race and relationships in the present.”

Painted Cloth: Fashion and Ritual in Colonial Latin America is organized by the Blanton Museum of Art.

Lead funding for the exhibition is provided by the Carl and Marilyn Thomas Fundation and a major grant from the National Endowment for the Humanities: Democracy demands wisdom, with additional support from the Scurlock Foundation Exhibition Endowment.

Any views, findings, conclusions, or recommendations expressed in this exhibition do not necessarily represent those of the National Endowment for the Humanities.

For those who do not wish to stand while viewing a performance, limited seating will be available on a first- come, first-served basis. 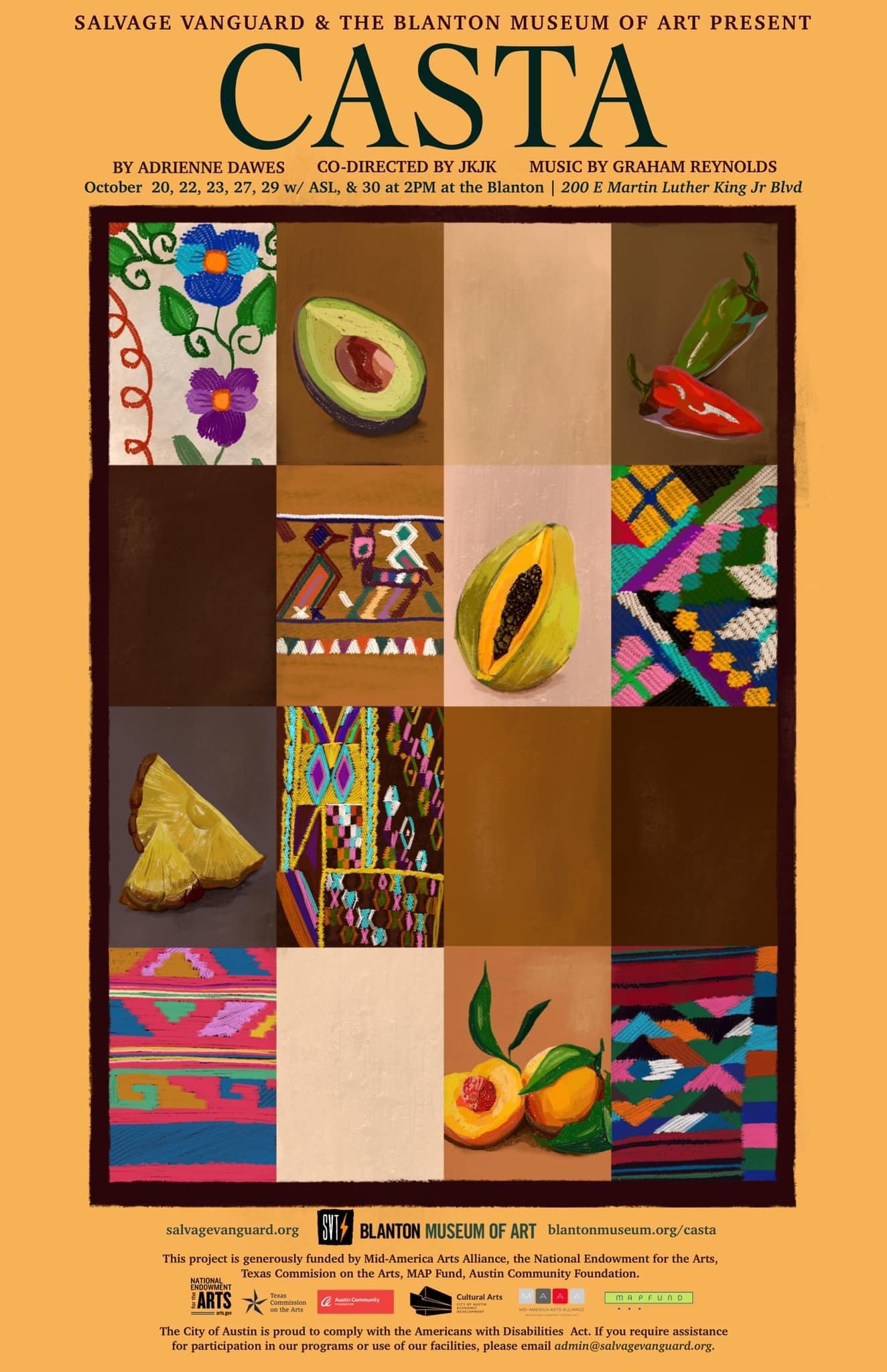