I'll Be Back before Midnight
by Port Aransas Community Theatre (PACT)

A psychological thriller in the best tradition of Alfred Hitchcock

When George, the hilarious farmer they rent the house from, tells stories about a terrible murder that once took place in the farmhouse and the ghost that reputedly stalks the night, Jan’s imagination gets fired up. The situation gets even worse when Laura, Greg’s beautiful but manipulative sister, arrives.

Soon Jan finds herself tormented by strange sounds in the night, and visions of the vengeful ghost. Is she having another breakdown? Is someone trying to drive her mad? When she tries to defend herself from this apparition, events take an unexpected turn in a night of unimaginable suspense. 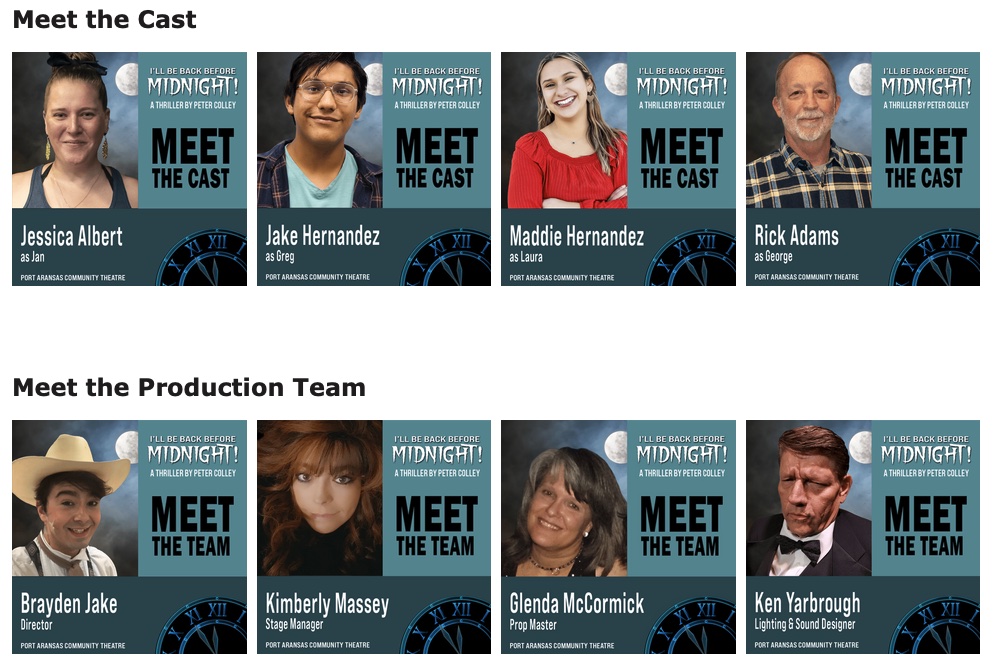 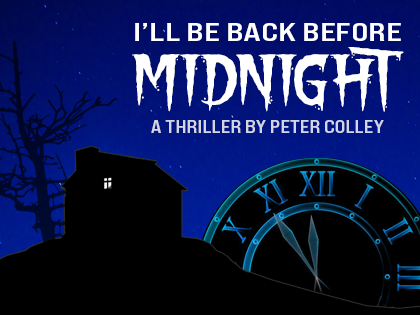