Frantic is the Carousel
by Vortex Repertory Theatre

You are invited to the first Staged Reading of my award-winning play, FRANTIC IS THE CAROUSEL. (It won the National Partners of American Theatre [NAPAT] award nomination, and it was performed, in part, at The Kennedy Center. It was one of three full-length scripts to win me the Ken Ludwig Playwriting Award, the highest national award for "Best Body of Work," and FRANTIC IS THE CAROUSEL had a reading with HBMG & Creede Repertory Theatre.)

But, honestly, come for the direction of the play by KarenandJennie JambonUnderwood. And to catch this all-star cast: Melissa Vogt, Rebecca Robinson, Michael Galvan, Will Gibson Douglas, Trevor Bissell, and Barbara H Mojica.Thank you, too, to Bonnie Cullum, and The VORTEX THEATRE for hosting.

Frantic is the Carousel
by Rita Anderson
Vortex Repertory Theatre

Admission is FREE, and seats are first come, first served. 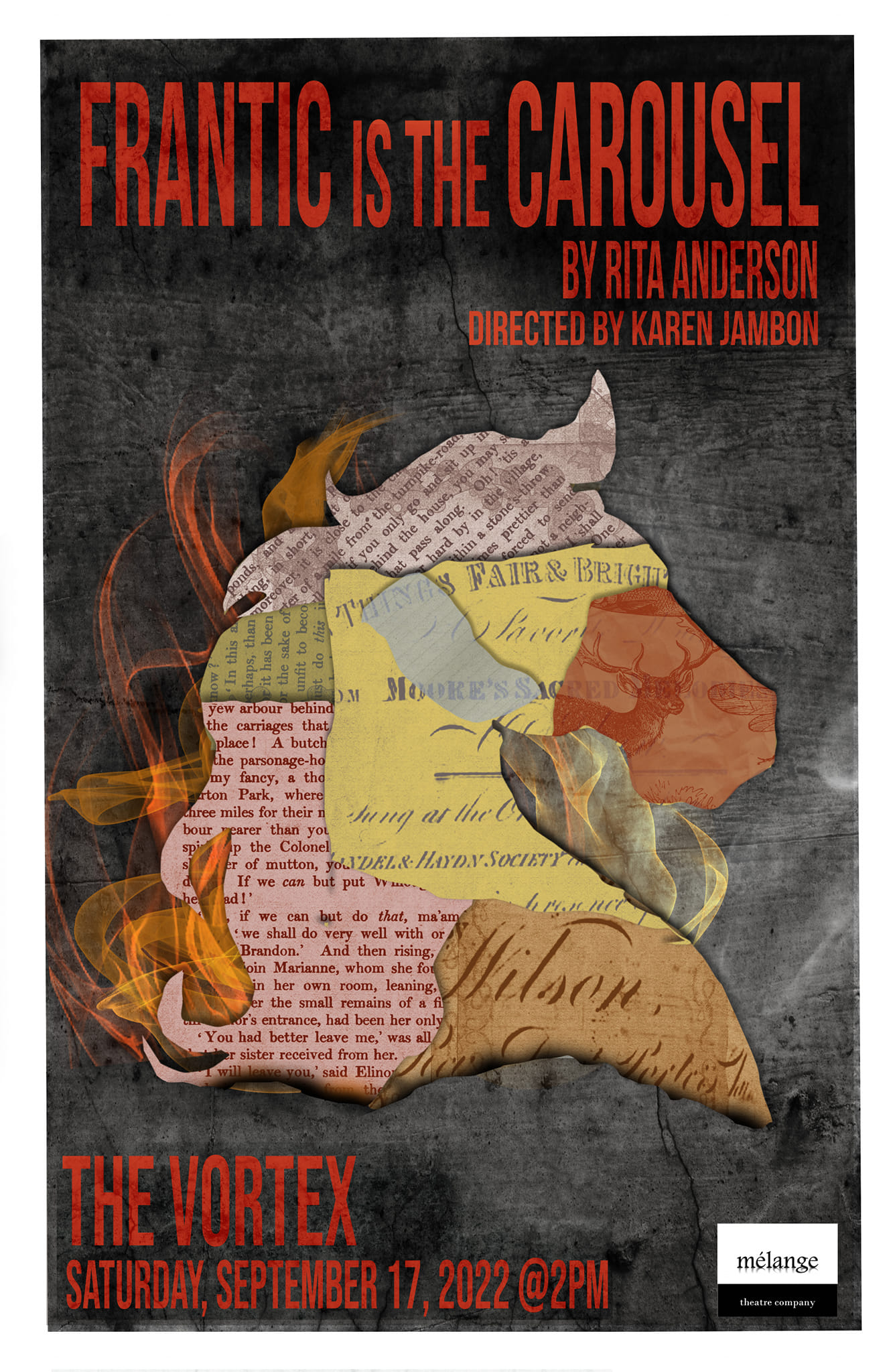