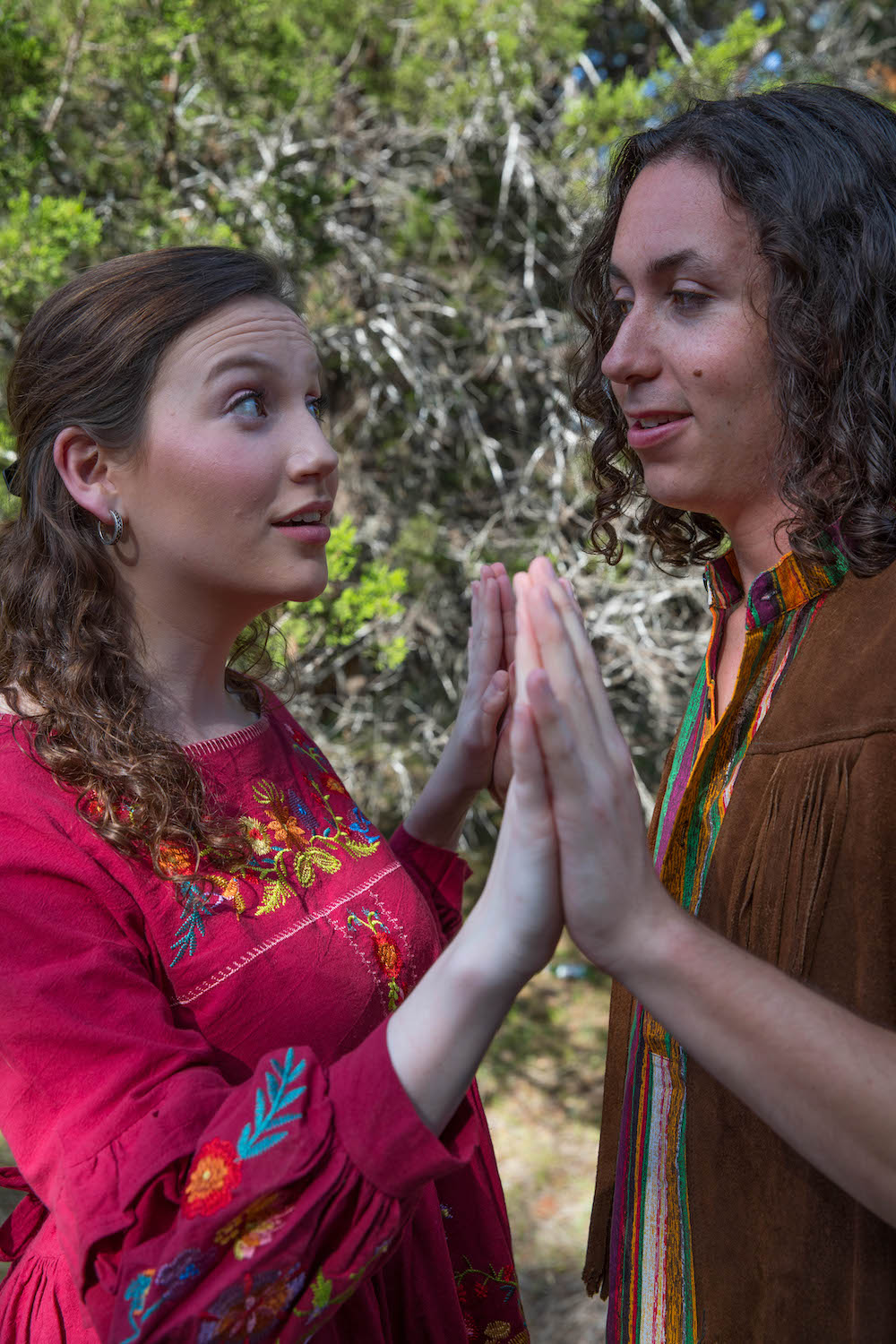 Set amidst the turbulent unrest, counterculture, civil rights movement, and political divisiveness of the 1960s two teens from feuding families unexpectedly find love. But is love really enough to keep them together?

Several actors who have previously appeared on the Playhouse stage are returning to join the Romeo and Juliet cast including, Lettie Dyer as Juliet, Melinda Ellisor as Queen Eleanor,

Making their debut with The Wimberley Players are Sam Beeson as Romeo, Yancy Bohana as Mercutio, Caroline Williams as Bianca, William Donavan as Benvolio and County Paris, Patrick Sebastian as Tybalt, and Guy Martin as Sampson.

Live and Streaming Tickets are Available at WimberleyPlayers.org or by phone  ar 512-847-0575.