In the 1880s, Austin was in the grip of crime, corruption and mayhem. Seven women were murdered over the course of one year, overwhelming the fledgling police force. The crime spree led to hysteria, vigilante justice, construction of the “Moontowers,” and now — 140 years later — a musical comedy with live band.

The newest addition to the “Texas History Musicals” series – coming after The True Story of Bonnie and Clyde, and Boomtown — Murders and Moontowers follows the frantic investigation of the “Servant Girl Annihilator” case. This one-hour musical explores the events that led to a scandal-ridden trial, the electrification of the city and construction of giant, iconic “Moonlight Towers” to illuminate the town. Murders and Moontowers takes an irreverent look at the corrupt detectives, crazed citizenry, and outrageous court case that roiled the capital city 130 years ago.

About the “Servant Girl Annihilator”

During 1885, Austin, Texas was terrorized by an elusive killer called the “Servant Girl Annihilator”. Originally thought to be the work of a criminal gang, robberies, assaults and murders plagued the capital city during a one-year period. The crime spree culminated with two killings on Christmas Eve and a notorious trial. Responsibility for the crimes was never proven conclusively, and some link the killer to the infamous Jack the Ripper. To this day, there is still much speculation as to the true culprit. 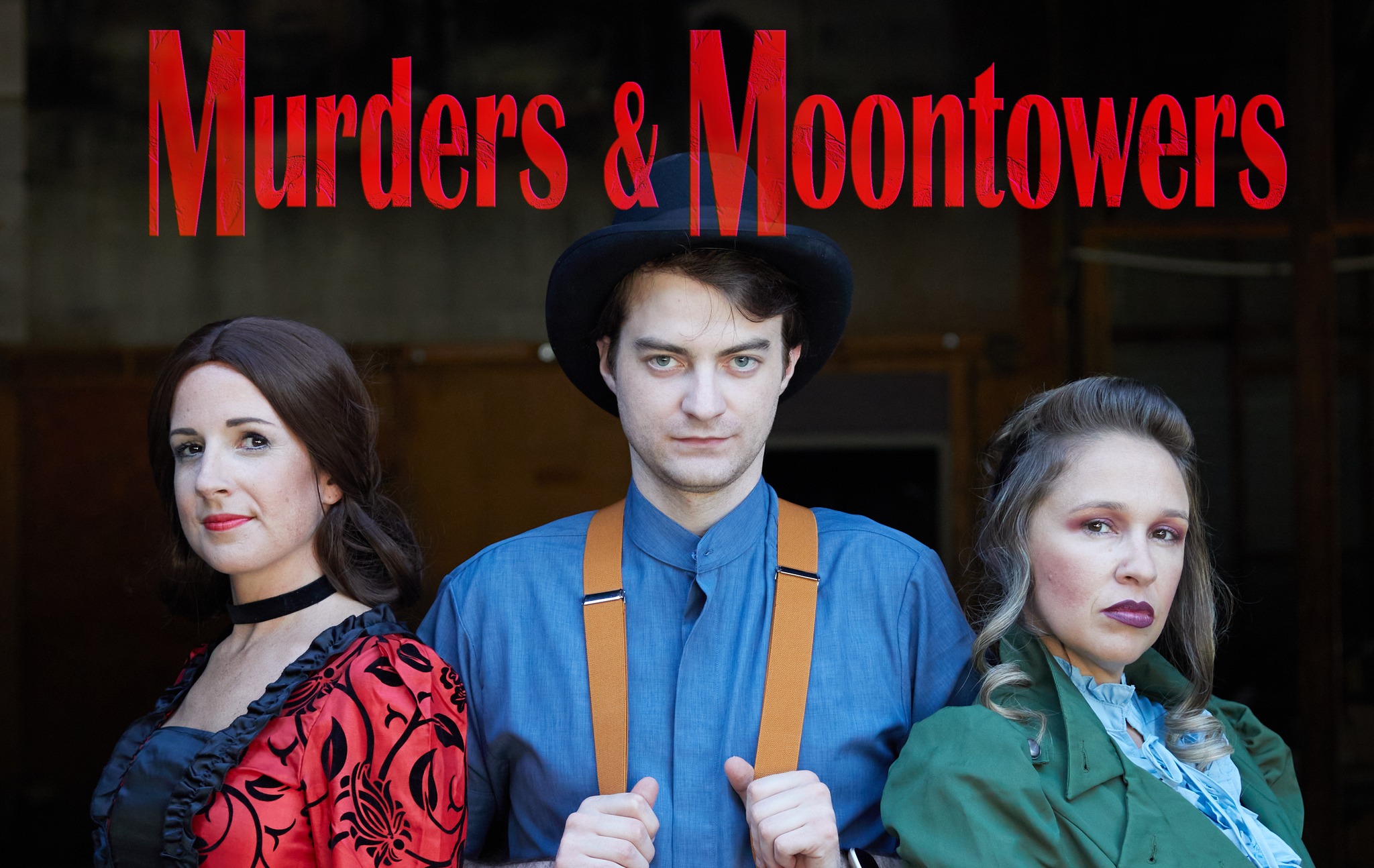