Forever Plaid is an Off-Broadway musical revue written by Stuart Ross and first performed in New York in 1989. The musical has gained tremendous popularity and is now performed internationally by professional and community theaters. The show is a tribute to the close-harmony "guy groups" (e.g., The Four Aces, The Four Freshmen, The Lettermen) that reached the height of their popularity during the 1950s.

Personifying the clean-cut genre are The Plaids. This quartet of high-school chums' dreams of recording an album ended in death in a collision with a bus filled with Catholic schoolgirls on their way to see The Beatles' American debut on The Ed Sullivan Show.

The revue begins with The Plaids returning from the afterlife for one final chance at musical glory. Twenty-nine songs are featured in the musical, including "Three Coins in the Fountain," "Undecided," "Gotta Be This or That," "Moments to Remember," "Crazy 'Bout Ya, Baby," "No, Not Much," "Sixteen Tons," "Chain Gang," "Perfidia," "Cry," "Heart and Soul," "Lady of Spain," "Shangri-La," "Rags to Riches," and "Love is a Many-Splendored Thing.”

Cast in the production are Josh Jensen as Sparky, Seth Smith as Smudge, Elliott Dooley as Francis, and Daniel Melton as Jynx. 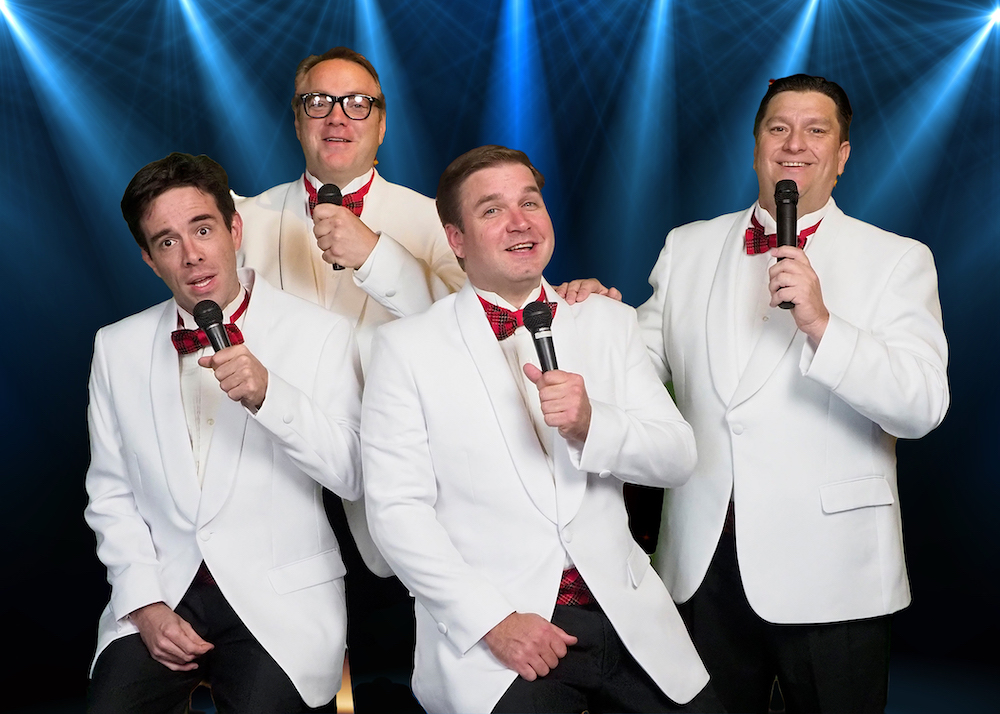