Hedwig and the Angry Inch
by The Stage

The Stage Austin is (insanely) excited to present:HEDWIG AND THE ANGRY INCH by John Cameron Mitchell and Stephen Trask.

Hedwig will storm the stage with a wickedly funny and heartbreaking story of a genderqueer rock singer from East Berlin. Hedwig has an electrifying score performed by a live band.

Starring Buddy Novak as Hedwig and Susannah Crowell as Yitzhak.

Directed by Jeff Hinkle with Music Direction by Audrey Barrett.

Hedwig and the Angry Inch
The Stage

Wednesday performa at 8 p.m. on August 17 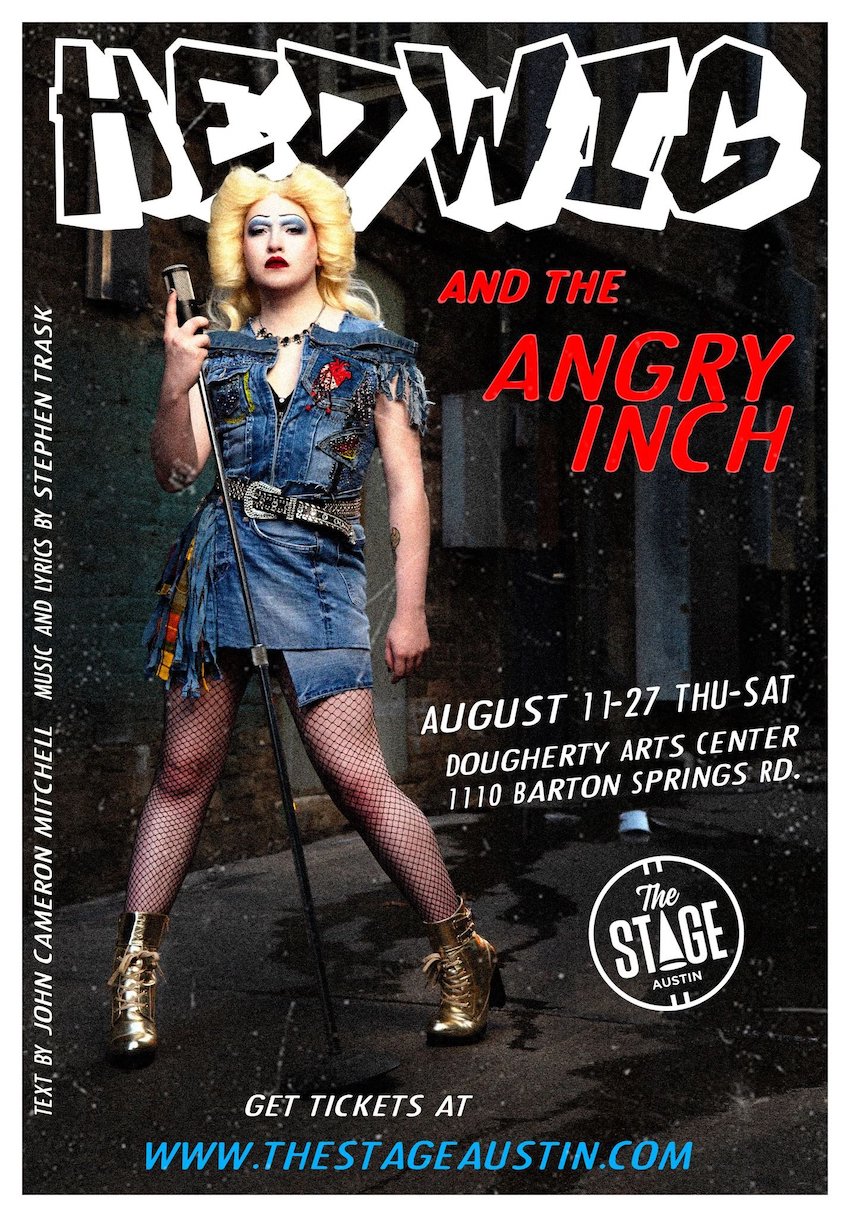 Bringing Austin a professional theater that is accessible, affordable, and socially conscious. Follow the journey of Austin's newest theater.

Productions by The Stage