The VORTEX Summer Youth Theatre presents Mr. Burns, a post-electric play, a dark American comedy by Anne Washburn. Mr. Burns unfolds the story of a group of survivors of a global catastrophe (!) recalling and retelling The Simpsons' “Cape Feare” episode. The play begins in the immediate future and then moves 7 years and finally 70 years into the future as cultural mythology evolves into cult-like engagement and a grand musical.

The VORTEX is thrilled to present an ensemble of youth and adult guest artists in an extraordinary, long-awaited production. This award-winning play originally premiered in 2012 at Wooly Mammoth Theatre Company, Washington D.C. and then Playwrights Horizons, New York City. 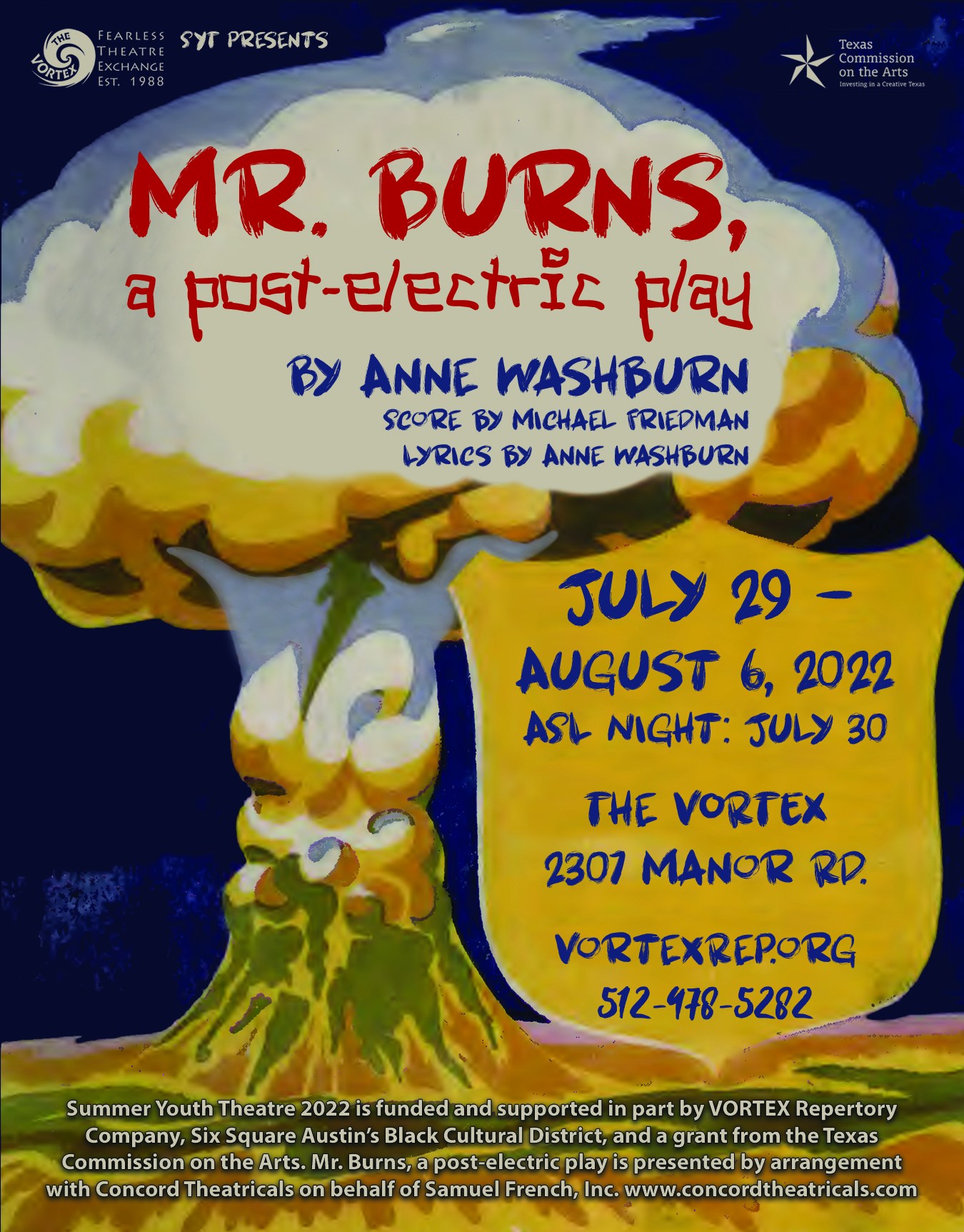