The Wizard of Oz
by Broke Thespian's Theatre Company

L. Frank Baum’s classic novel comes to life in The Wizard of Oz. This faithful adaptation by the Royal Shakespeare Company features all the most beloved songs and moments from the 1939 classic film, brought to life onstage. Young Dorothy Gale is swept away by a tornado from her Kansas farm to the magical land of Oz. There, she encounters a host of whimsical characters: good witches, bad witches, animals that talk, scarecrows that walk, and things magical to behold. To find her way home, she must journey along the Yellow Brick Road to see the mysterious and all-powerful Wizard in Emerald City. Along the way, she makes new friends, but must also brave many dangers, including the Wicked Witch of the West, who will stop at nothing to get her hands on Dorothy’s magical ruby slippers. To make it home safely, Dorothy must learn an important lesson: there’s no place like home.Based upon the Classic Motion Picture owned by Turner Entertainment Co. and distributed in all media by Warner 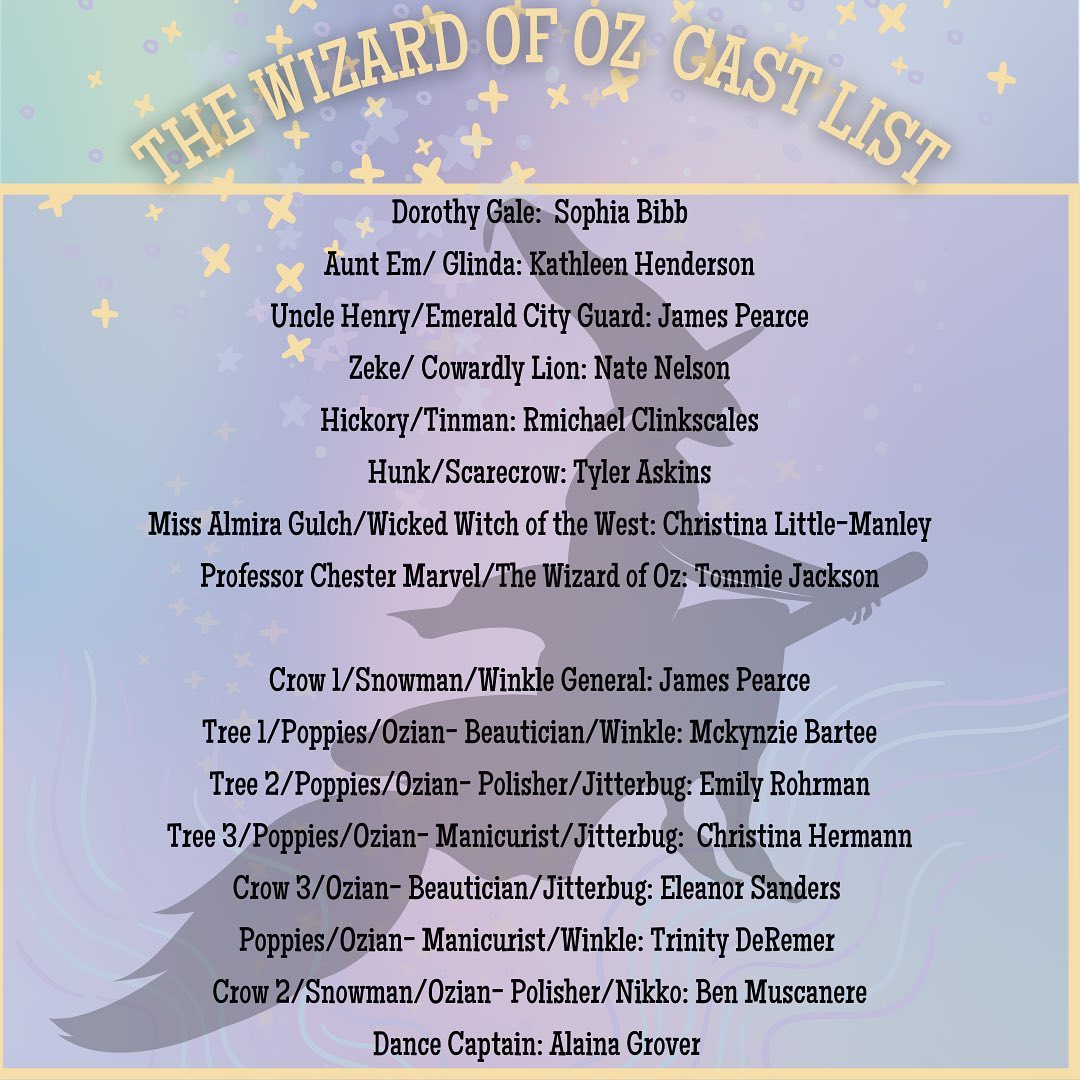 THE WIZARD OF OZ
By L. Frank Baum
With Music and Lyrics by Harold Arlen and E. Y. Harburg
Background Music by Herbert Stothart
Dance and Vocal Arrangements by Peter Howard
Orchestration by Larry Wilcox
Adapted by John Kane for the Royal Shakespeare Company

Fridays and Saturdays at 7:30 PM

Please direct all questions and concerns to info@brokethespians.org

Broke Thespian’s Theatre Company is just that. A gaggle of broke thespians putting on plays simply for the love of theatre. Stay tuned for future audition postings and updates on …