One of the most popular Disney movies of all time is capturing hearts in a whole new way: as a practically perfect musical! Based on the books by P.L. Travers and the classic Walt Disney film, Disney and Cameron Mackintosh's Mary Poppins delighted Broadway audiences for over 2,500 performances and received nominations for nine Olivier and seven Tony Awards, including Best Musical. 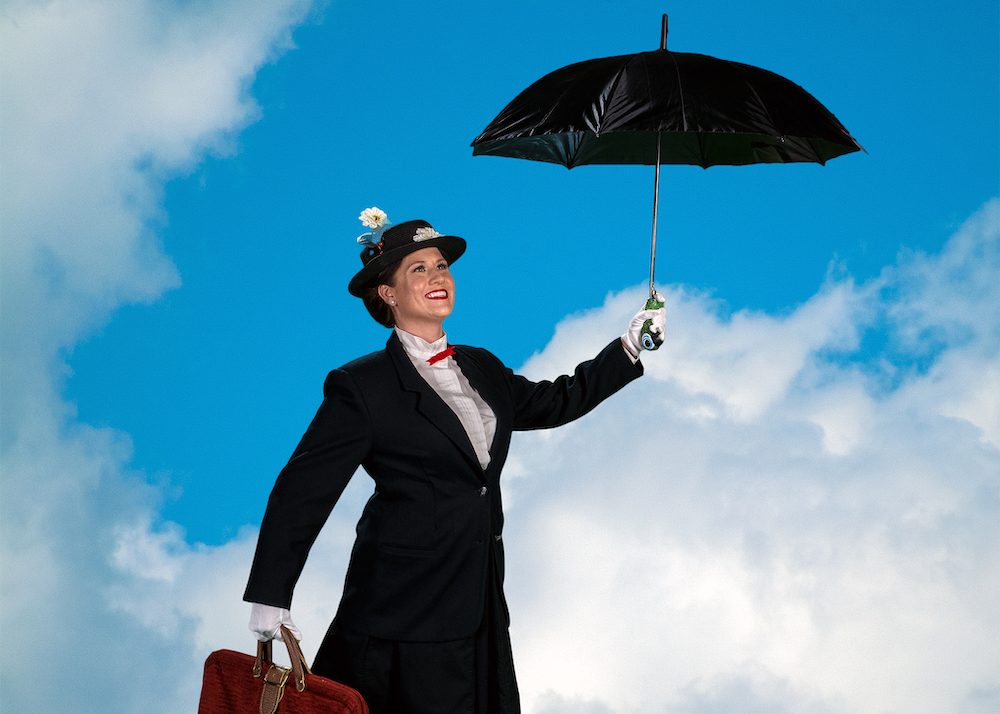 The musical focuses on a brother and sister, Michael and Jane Banks, the children of the wealthy and uptight Banks family. When they are faced with the prospect of a new nanny, they are pleasantly surprised by the arrival of the magical Mary Poppins. Embarking on a series of fantastical adventures with Mary and her Cockney performer friend, Bert, the siblings try to pass on some of their nanny's sunny attitude to their preoccupied parents. 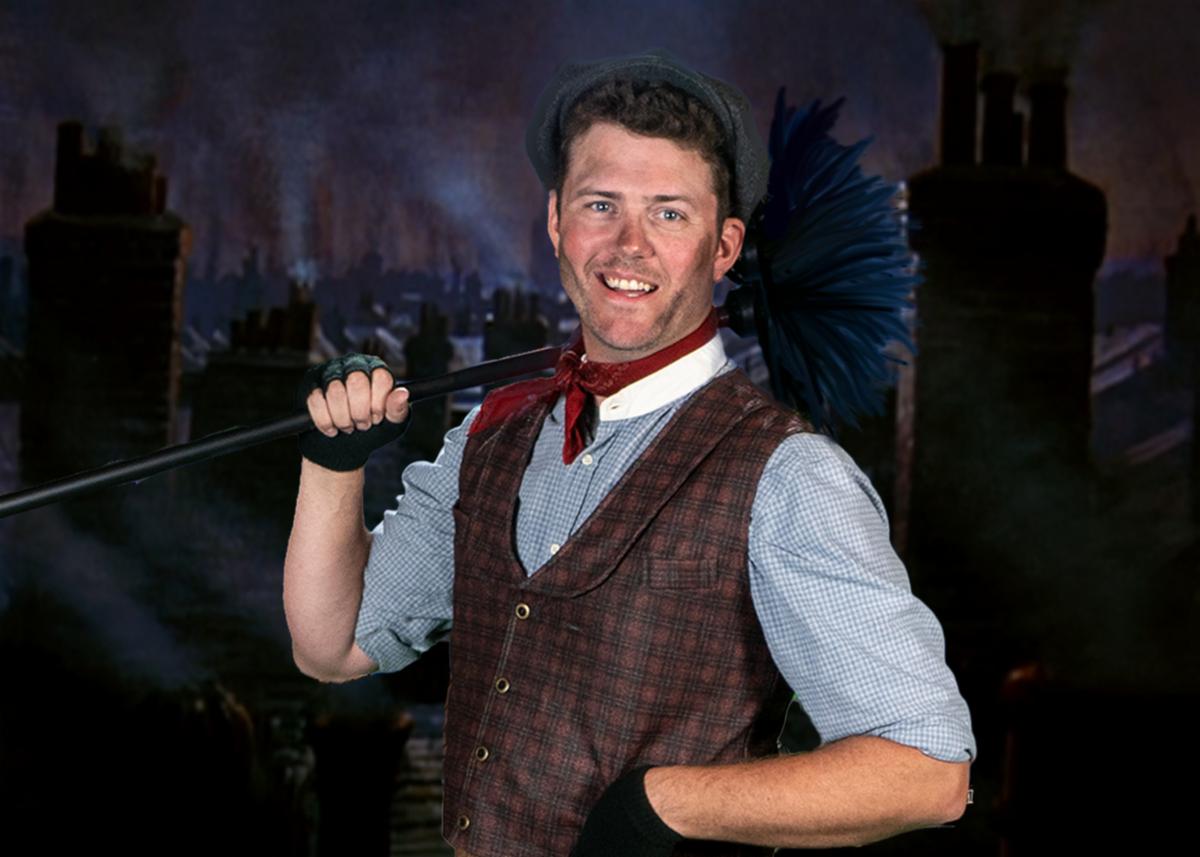 xMary Poppins is based on the classic 1964 Disney film and the similarly titled series of children's books by P.L. Travers. The stage version incorporates the popular songs composed by Richard M. Sherman and Robert B. Sherman, such as "Chim Chim Cher-ee," "A Spoonful of Sugar," and "Supercalifragilisticexpialidocious." Additional music and lyrics by George Stiles and Anthony Drewe were included. The script was written by Julian Fellowes, best known as the creator, writer, and executive producer of the multiple award-winning television series Downton Abbey.

Box office hours beginning May 30 are Monday through Friday, 9:00 a.m. through 1:00 p.m. Tickets can be purchased online at www.fredericksburgtheater.org or by calling the box office at 888-669-7114. 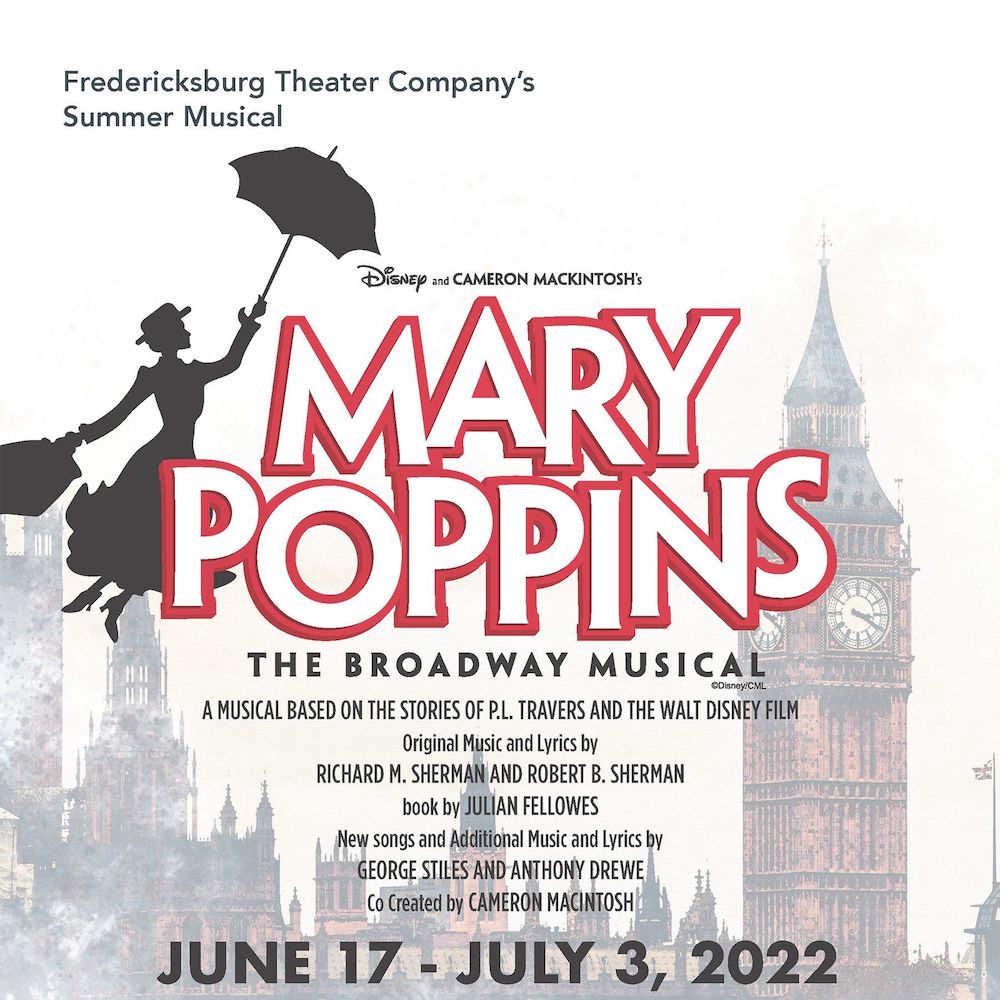