Murder on the Orient Express
by Georgetown Palace Theatre

Famous detective Hercule Poirot is called back from Istanbul to London on urgent business. While aboard the Orient Express Poirot meets a host of peculiar characters: an aging Russian princess, her Swedish companion, a Hungarian countess, a Minnesota housewife, a Scottish colonel, an English governess, a French conductor, a disagreeable American businessman, and his anxious secretary.

Just after midnight, a snowdrift stops the Orient Express in its tracks somewhere in the forests of Yugoslavia. The luxurious train is surprisingly full for the time of the year, but by the morning, it is one passenger fewer. An American lies dead in his compartment, stabbed a dozen times, his door locked from the inside. Isolated and with a killer in their midst, detective Hercule Poirot must identify the murderer – before he or she decides to strike again.

Adapted for the stage from Agatha Christie’s classic masterpiece by Tony-Award-winning playwright Ken Ludwig, this clever adaptation boasts all the glamour, intrigue and suspense of the celebrated novel, with added energy and a healthy dose of humor.

The production is directed by Gerry Hansen, who also designed the set. Lighting design is by Faith Castaneda. Jenn Gholson is property designer, costume design is by Ellen Simms and Gretchen Johnston is scenic artist. Maria Kruger is production stage manager and Courtney Satterfield is assistant stage manager.

This production will be presented inside at the Palace Playhouse, the Palace's resident black box theatre off 8th Street and Tin Barn Alley.

Performances run Friday and Saturday at 7:30 pm and Sunday at 2 pm.

Tickets will be $34 for adults, $32 for seniors, students and military, $17 for children. All fees are included in ticket pricing. Tickets are on sale now at GetPalaceTickets.com.

The theatre will be seated at 100% capacity. For performances at the Springer Stage and Palace Playhouse, masks will be encouraged for the health and safety of our performers, staff, and patrons. 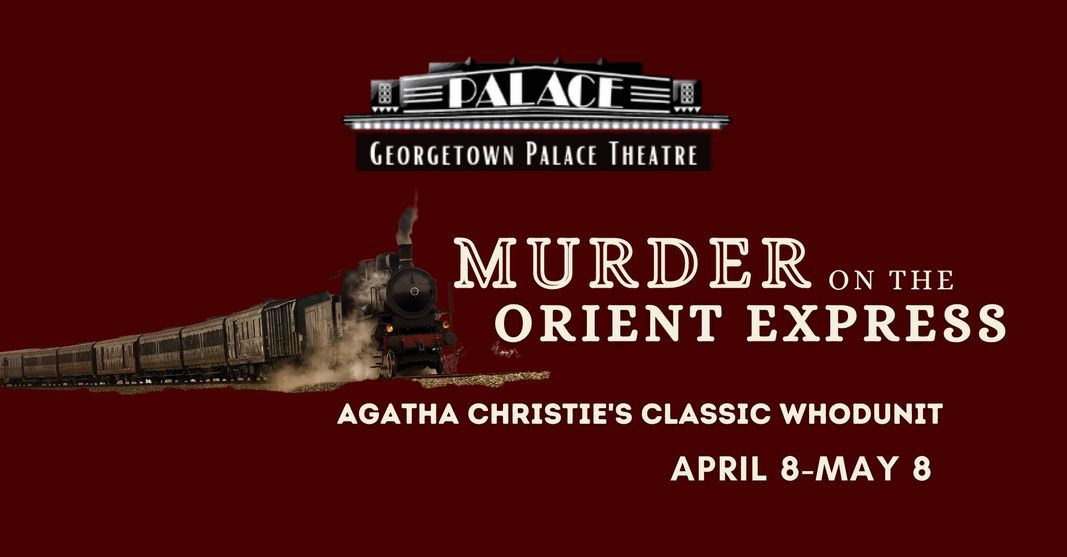