Based on the board game Clue. The plot concerns a murder at a mansion, occupied by several suspects, that is solved by a detective; the ending is determined by cards drawn by audience members that select the murderer, murder weapon and location of the murder.

The piece has an interactive feature in which audience members randomly select cards that determine which suspect committed the murder, which weapon was used, and in what room the murder took place. Based on the cards drawn, the show has 216 possible endings, with some interchangeable dialogue between characters that is delivered as the story unfolds. 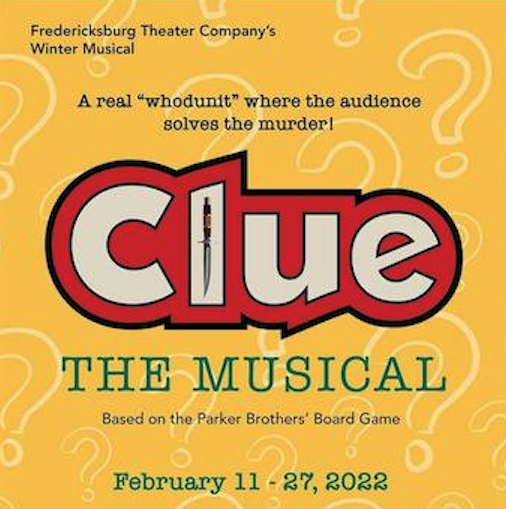