A play about three Latinas making tamales for the first time! Two ghosts from the past appear and help them through the process. it will make you laugh and cry! Fun for the whole family!

After working with many of the major theaters in the Houston theater community for years, Alicia Mena relocated to San Antonio in 1993 where she worked at the Guadalupe Cultural Arts Center as writer, director and actor. In 1995 she founded Burras Finas Productions with the mission of staging an annual production of Las Nuevas Tamaleras which is included in an anthology of works by Latina writers published by the University of Arizona Press entitled Puro Teatro. Ms Mena’s full-length comedy There Comes a Time was developed and produced by Teatro Esperanza for the First Annual Festival Latino in San Francisco, CA. The play has also been produced in Houston at Stages Repertory Theater and at Talento Bilingue de Houston.

Be the first in line to buy your tickets for Las Nuevas Tamaleras at the Carver Community Cultural Center Box Office!!!

This production is not a presentation of the Carver Community Cultural Center or the Carver Developmental Board. 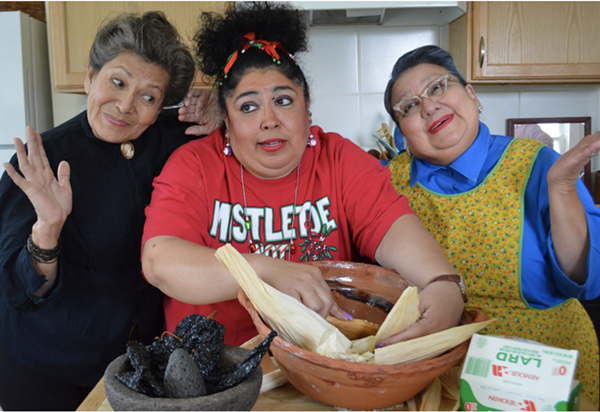