An entertaining twist on Charles Dicken’s A Christmas Carol, this tale is written from his business partner’s point of view. Marley, a mean, sour, pruney old man, is condemned to eternity with a malicious little hell-sprite named Bogle. But Marley is given a chance to free himself. If he can redeem Scrooge, a man he knew to be worse than he was, he can save himself. And so begins a journey of laughter and terror, redemption and renewal during which Scrooge’s heart is opened but not before Marley, in this irreverent, funny, and deeply moving story, discovers his own.

Written by award-winning actor, director and playwright, Tom Mula, Jacob Marley’s Christmas Carol became an instant classic. It played for two seasons at Chicago’s Goodman Theatre and the show was nominated for four Joseph Jefferson Awards and received an After Dark Award and the Goodman School of Drama’s Cunningham Prize for Playwriting. The play has since been performed to rave reviews and standing ovations in theatres across the U.S. For seven seasons, it has been broadcast nationally on NPR. For many, it is a holiday tradition.

About the Wimberley Players:

The Wimberley Players present inspiring, entertaining performances and programs that bring a diverse community together through live theatre, events, and education. Founded in 1979, it is the oldest non-profit in Wimberley. The theatre, in its current location at 450 Old Kyle Rd., just east of the Wimberley square, welcomed its first audiences in 2006.

The theatre is operating at 100% capacity; masks are optional. 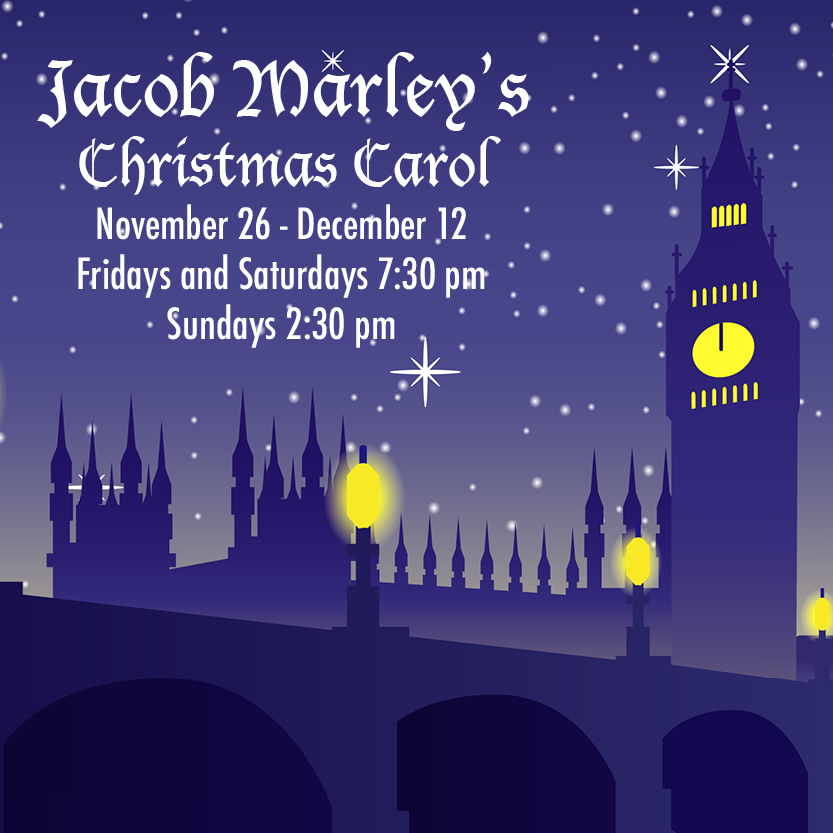