Much Ado About Nothing
by Austin Shakespeare Youth Troupe

Count Claudio falls in love with Hero, the daughter of his host. Hero’s cousin Beatrice (a confirmed spinster) and Benedick (an eternal bachelor) are each duped into believing the other is in love with them. Claudio is deceived by a malicious plot and denounces Hero as unfaithful before their wedding. Hero faints and is believed dead but recovers to be proven innocent by a chance discovery. Benedick wins Beatrice’s love defending her cousin’s honor, and to his surprise, Claudio is reunited with Hero, whom he believed was dead.

This romantic comedy will be set in Americana 1910 with Ragtime music and dance. this year, our 14th production, will be cavalcade of comic charactes led by those battling wits, Beatrice and Benedick - featuring teen actors who have performed with Austin Shakespeare before and youngsters entirely new to the program.

Much Ado About Nothing
by William Shakespeare
Austin Shakespeare Youth Troupe

Get your gang together to come in PERSON to Curtain Theatre for YOUNG SHAKESPEARE's teen cast in "MUCH ADO ABOUT NOTHING" JULY 9-18, 2021. 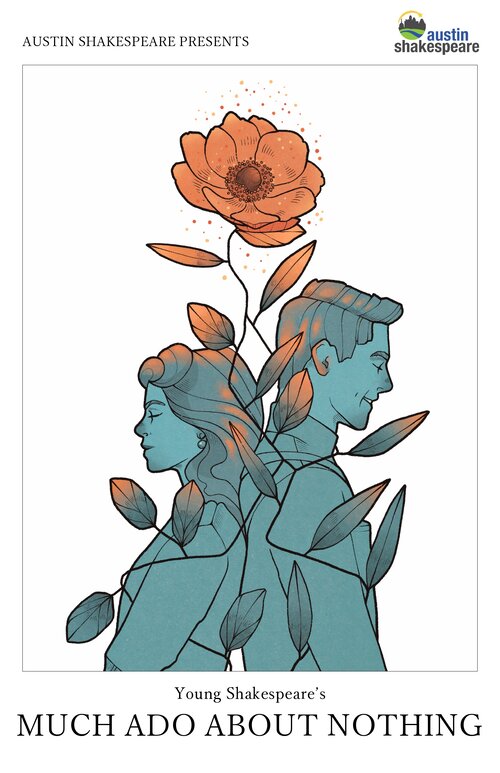