Dandelion is the newest collaboration between Bottle Alley and The VORTEX. This unique interactive experience takes the form of an online digital auction with performance elements consisting of ephemera and occult objects from within the Farm Road Coven universe, curated by coven member Morgan Moxley.

The auction items are divided into four categories: Books, Art, Ephemera and Cursed Objects. These objects consist of both rare one-of-a-kind ephemera from within the coven universe as well as items generously donated by Austin artists in support of The VORTEX.

Here are these artists:

The theater, which is in no thing, but makes use of everything--gestures, sounds, words, screams, light, darkness--rediscovers itself at precisely the point where the mind requires a language to express its manifestations.... To break through language in order to touch life is to create or recreate the theatre. - Anton Artaud, The Theatre and its Double 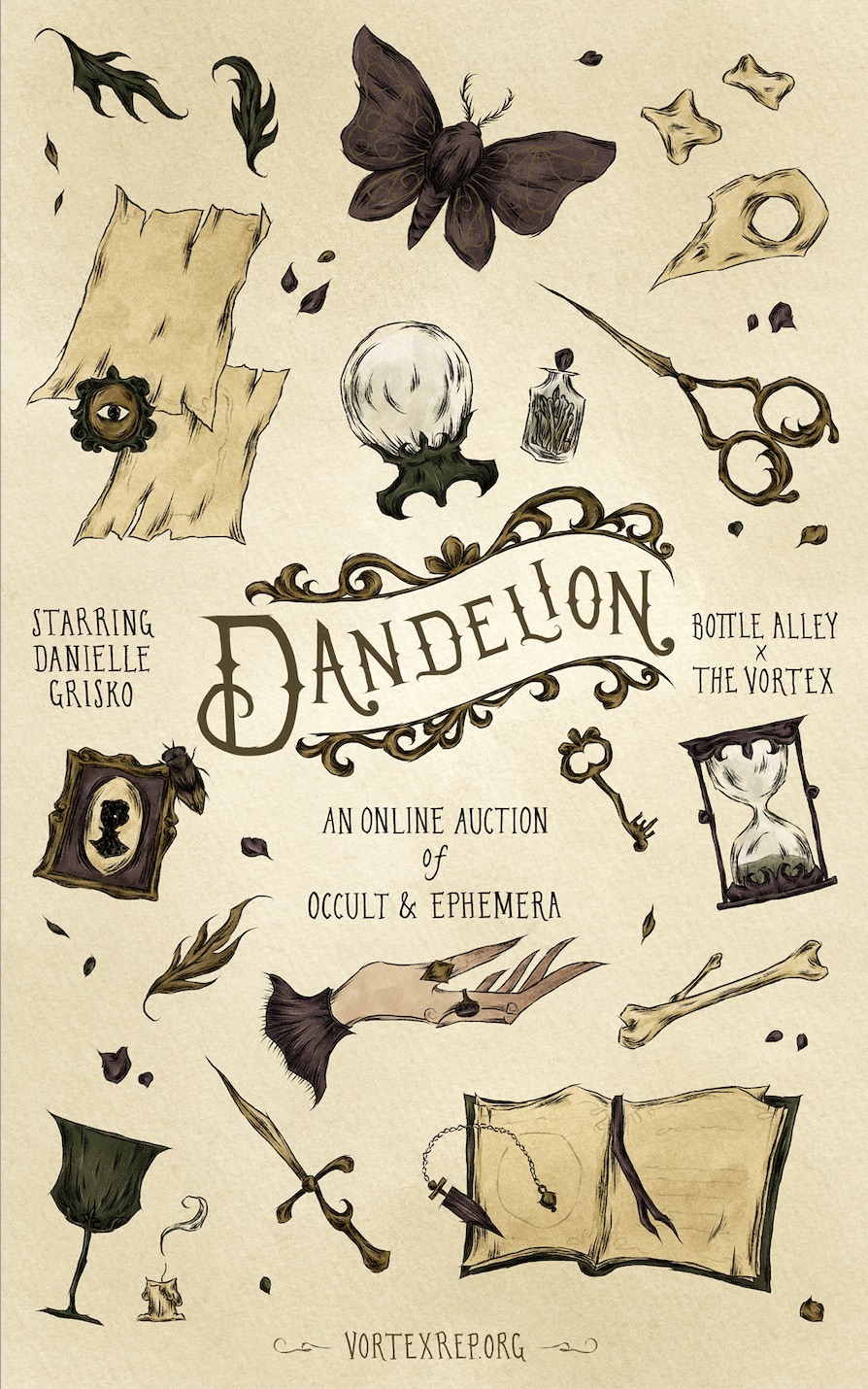