One of the most popular romantic comedies of the century, Same Time, Next Year ran four years on Broadway. It remains one of the world’s most widely produced plays. The plot follows a love affair between two people, Doris and George, married to others, who rendezvous once a year. Twenty-five years of manners and morals are hilariously and touchingly played out by the lovers.
Directed by Damon Brown. 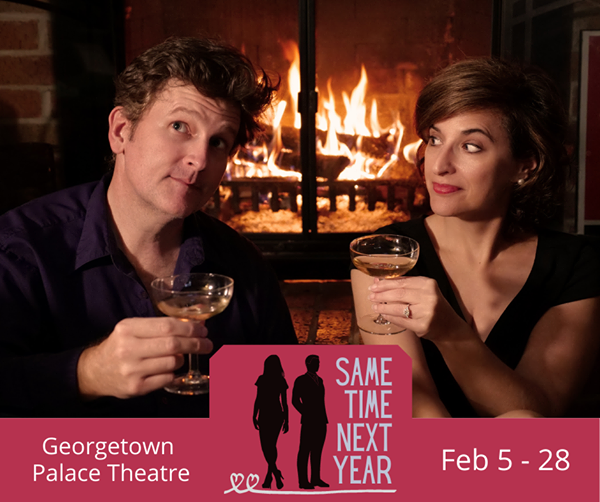