MANTAS DE LUZ tells the story of a young girl named Ana Franco, whose diary is found at the border. She lives in an unnamed detention camp at our border. Her journey to the north began when she was 12 when her family knew they needed to flee their own country, and they knew they could follow their dreams in North America. The story is a series of vignettes that narrate her dream sequences and the stories that Ana writes in her diary, and her views of the world around her. While we do not know if she is still in the detention center, her writings are marked with hope in humanity, and hopes for her own dreams and future.
Arte y Pasión’s MANTAS DE LUZ is a project that started in 2019, dedicated to those who have to endure life in our detention camps at the border. The project refers symbolically to the silver aluminum foil blankets: what purports as a symbol of protection becomes instead a symbol of exposure. Now, Blankets of Light can also refer to the invisible blanket of surveillance that covers our population by foreign or domestic interference; or, the unstoppable news that covers us, seeping into our pores and our lungs, or the once in a century pandemic we are now experiencing.
El Diario incorporates performance and poetry with flamenco forms with dancer Tamara Adira, cantaora Chayito Champion, guitarist Randy Cordero, with San Antonio’s Poet Laureate Andrea Vocab Sanderson.
SPECIAL THANKS TO OUR MENTORS AND INSTRUCTORS WHO WE HAVE WORKED WITH THROUGH THE FIBERS AND THE AIRWAVES. WITHOUT YOU, OUR CONTINUED WORK AND GROWTH WOULD NOT BE POSSIBLE.
Daniel Caballero
Belen Maya
Nino de los Reyes
Triana Maciel
Flamenco is the national treasure of Spain and has become a cherished expression here in the American Southwest. While it is difficult to trace the roots of flamenco past 300 years, inscribed only recently by UNESCO on the Representative List of the Intangible Cultural Heritage of Humanity, the origins of flamenco are said to have started at the time of the reconquest of Spain, after seven centuries of peace between Christians, Jews, and Moors, when the Gypsies migrated through Spain. At the time of the Inquisition, the Gypsies, Moors and Jews found themselves in a place of deadly persecution. Those who weren't killed fled to the hills of Andalucia where they could not be found. It was in these caves that the first strains of flamenco could be heard. They would sing of their joys, pain, sorrows and hope. Flamencologists trace the word flamenco back to the colloquial Arabic felag mangu, meaning “fugitive peasant” and derived from a root meaning “to flee.” The art of flamenco has found its way to the American Southwest over the past century.
Arte y Pasión, led by dancer and artistic director, Tamara Adira, is a company known for pushing the boundaries of flamenco and Spanish dance. Each performance is a visually stunning theatrical event comprised of independent artists, each highly accomplished, who come together to form one of the most contemporary Spanish dance companies in the country.
CAST:
Tamara Adira
Chayito Champion
Randy Cordero
Poet Laureate Andrea "VOCAB" Sanderson

For those who missed MANTAS DE LUZ in October2019  Arte y Pasión partners with DreamWeek to present this repeat performance via streaming.

We are proud to present MANTAS DE LUZ: El Diario de Ana Franco, or “BLANKETS OF LIGHT: The Diary of Anne Frank” on Saturday Jan 16, performed via streaming from Arte y Pasión’s newly constructed outdoor stage, built in response to the pandemic.

Admission to the streaming performance is $7. Proceeds go to the artists and Arte y Pasión. There are sponsorship levels available and a silent auction. For more information contact Arte y Pasión at 210.241.2771 or www.arte-y-pasion.com, Facebook: arteypasionsa.

Time for these events is TEXAS LOCAL TIME. 7 pm.
https://mantasdeluzdreamweek.brownpapertickets.com/
WE ARE ACCEPTING DONATIONS AND SPONSORSHIP.
DONATIONS CAN BE ACCEPTED AT:
PAYPAL: paypal.me/arteypasionsa
VENMO: @Tamara-Adira
CASH APP: $TamaraAdiraSay
SPONSORSHIP LEVELS ARE AVAILABLE AT:
https://mantasdeluzdreamweek.brownpapertickets.com/
Sponsorship levels are:
Lunares $11
Manton $20
Matador $50
Feria $100
YOU CAN ALSO SUPPORT THE WORK ON PATREON
www.patreon.com/tamaraadira
ALL PROCEEDS WILL GO TO THE ARTISTS AND TO MAKING THESE PRODUCTIONS POSSIBLE. THANK YOU FOR ALL YOUR SUPPORT AND FOR KEEPING THE ARTS AND CULTURE ALIVE DURING THIS TIME.
Sponsorship!
Above and beyond your donation for entry, we have sponsorship levels for those who wish to put your firepower behind the production. Your support will go directly towards the artists of Arte y Pasión. We will thank you dearly and with your permission, you will be recognized on our event page and in our program! Sponsorship levels are:
Lunares $10
Manton $20
Matador $50
Feria $100
Online Auction!
We have tried this a couple of times with success and joy and so we are going to do it again. There will also be items sold directly that are outside of the auction. If you would like to donate to the auction, let us know! We will recognize you in the program!! 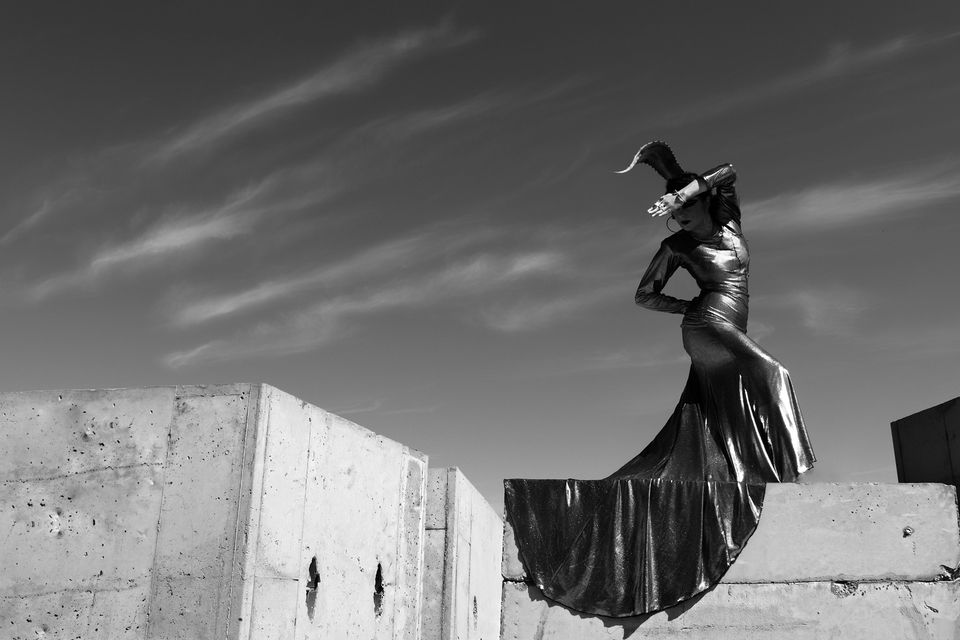 Arte y Pasión, led by dancer and artistic director, Tamara Adira, is a company in San Antonioknown for pushing the boundaries of flamenco and Spanish dance. Each performance is a …