After reserving a ticket, patrons are contacted by Dr. DeSouza, the director of a mysterious government agency called the Control Group, which is responsible for protecting the flow of time. An accident in the future threatens to erase existence as we know it, and the Control Group needs help to stop it!

The experience begins when patrons receive a dossier in the mail from the Control Group containing the clues they will need to unravel the mystery. Then, they receive a phone call from Dr. DeSouza at the same time every day for five days. Over these calls they will discuss the case; hear reports from field agents at various times in history; and make new discoveries to save Time Stream.

The story for The Control Group: A Mission in Time was conceived by local playwright, Monica Ballard. The project brings together a number of creative branches for Ms. Ballard. She has created radio dramas with the Violet Crown Radio Players and Penfold Theatre; scripted Penfold’s interactive mysteries aboard the Austin Steam Train; and delighted natives and tourists alike with the darker-side of Austin’s history through her work with Haunted Texas.

Inspiration for The Control Group: A Mission in Time comes from Outside the March, a Canadian theatre troupe that provided assistance in the piece’s early development. In addition to Ms. Ballard, the phone play draws on the talents of over a dozen voice actors in both live and pre-recorded roles.

“The constraints of the pandemic are forcing us to get creative,” says Producing Artistic Director Ryan Crowder. “We wanted it to be fun and immersive – but perhaps more importantly, we wanted it to have the live, intimate connection that we try to create with our plays. Audience members get one-on-one phone calls from Dr. DeSouza, who leads them through the whole experience. And the story itself is an uplifting reminder about how connected we are as people. We need that now more than ever.”

Audience members select a week and receive a phone call every day for five days. Tickets are $27.50 per household, available HERE.
Tickets and information available at (512) 850-4849 or www.penfoldtheatre.org. 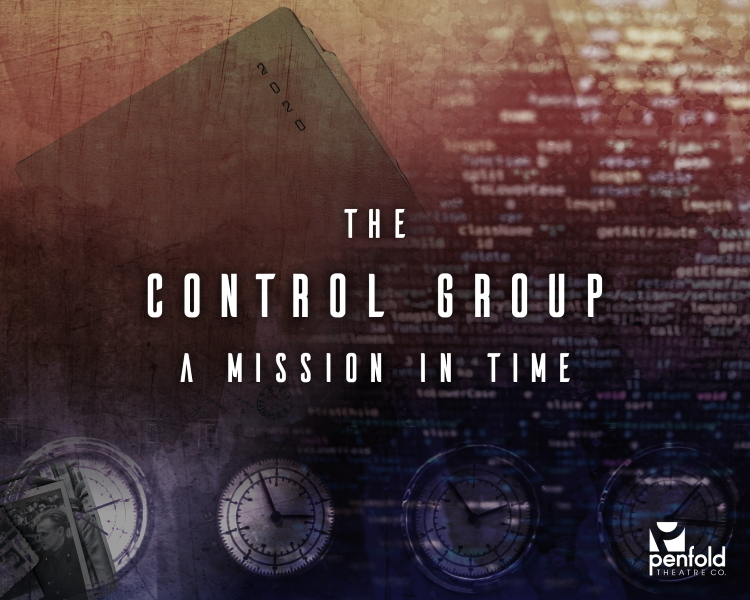