Based on the popular comic strip by Harold Gray, Annie has become a worldwide phenomenon and was the winner of seven Tony Awards, including Best Musical. The beloved score features some of the greatest songs ever written for the theater, including “It’s A Hard Knock Life,” “Easy Street,” “I Don’t Need Anything But You,” and the eternal anthem of optimism, “Tomorrow.” With equal measures of pluck and positivity, Annie charms everyone’s hearts despite a next-to-nothing start in 1930s New York City. She is determined to find the parents who abandoned her years ago on the doorstep of a New York City Orphanage that is run by the cruel, embittered Miss Hannigan. With the help of the other girls in the Orphanage, Annie escapes to the wondrous world of NYC. Can Annie foil Miss Hannigan’s evil plans? Will Annie find happiness and a new home? A family favorite that is not to be missed!

The Fredericksburg Theater Company (FTC) announces the cast for the first production of their twenty-fourth season, the musical  Annie , which opens Friday, July 17th. The production will have nine performances at the Steve W. Shepherd Theater, 1668 Hwy 87 South, Fredericksburg, TX, 78624.
First produced on Broadway in 1977,  Annie  is based upon the popular Harold Gray comic strip  Little Orphan Annie , with music by Charles Strouse, lyrics by Martin Charnin, and book by Thomas Meehan. The original production opened in ran for nearly six years, setting box office records. It spawned numerous productions in many countries, as well as national tours, and won 7 Tony Awards, including Best Musical. Many of the songs from Annie are became enduring classics, most notably "Tomorrow," "Easy Street," and "It's the Hard Knock Life."
The musical tells the story of an orphan girl named Annie. With equal measures of pluck and positivity, she charms everyone's hearts despite a next-to-nothing start in 1930s New York City. Annie is determined to find the parents who abandoned her years ago on the doorstep of a New York City Orphanage that is run by the cruel, embittered Miss Hannigan. With the help of the other girls in the Orphanage, Annie escapes to the wondrous world of NYC and the home of Daddy Warbucks and friends.
Cast in the production is Brylee Patterson as Annie, Seth Smith as Daddy Warbucks, Faith Kasukonis as Grace, September van der Stoel as Miss Hannigan, Daniel Melton as Rooster, Heidi Eubanks as Lily St. Regis, David Wilkinson as Bert Healy and Drake, J.D. Cole as Franklin Roosevelt and Mr. Bundles, Gabriella Sifford as Pepper, Gemma Kasukonis as Tessie, Eva Watson as Kate, Cassidy Kothmann as Julie, Genevieve Le Claire as Molly, Kairi Pyle as Duffy, Ben Kasukonis as Officer Ward and Perkins, Barry Sikes as Ickes and Judge Brandies, Lucinda Harvey as Mrs. Greer, Sealy Sikes as Dog Catcher, Christy Brown as Louise, Macy Parker as Cecille, and Taylor Krull as Annette.
Also playing orphans in the production are Eliza Watson, Ada Watson, Vivian Melton, Evelyn Melton, Sterling Swift, and Casey M. Johnson.
Chorus members playing multiple roles are Tyson Zinsmeyer, M.E. Wilkinson, Max van der Stoel, Owen Kasukonis, and Ian Kasukonis, along with Lucinda Harvey, Sealy Sikes, Christy Brown, Macy Parker, and Taylor Krull.
FTC Executive Director Steve Reily will direct the production and guest designer Judd Vermillion will execute the scenic design. FTC staff member Heidi Melton is the production's choreographer with Donna Vaughan as musical director. Courtney LeFan is the stage manager of the production. Guest Artist Faith Castañeda will serve as lighting designer. FTC Costume Shop Manager Chasity Trajcheski will serve as costume designer.
Tickets for  Annie  go on sale to donors Monday, June 29th at 9:00 a.m. Tickets go on sale to the public Monday, July 6th, at 9:00 a.m. Performances are July 17th through the 26th, Thursday, Fridays and Saturdays at 7:30 p.m., and Sundays at 2:00 p.m. and 7:30 p.m. Admission is $29 for adults, $12 for children 17 and under. Box office hours beginning June 29th are Monday through Friday, 9:00 a.m. through 1:00 p.m. Tickets can be purchased online at www.fredericksburgtheater.org or by calling the box office at 888-669-7114. For more info or directions, visit at www.fredericksburgtheater.org. 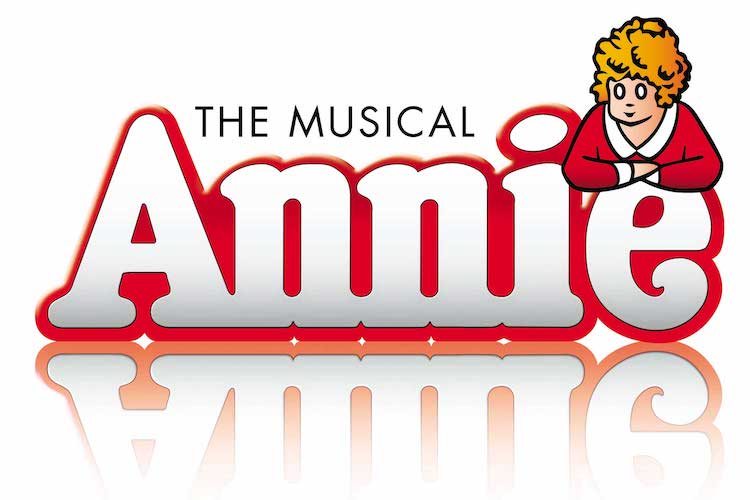