One of the longest-running comedies in Broadway history, Mary Chase’s Harvey has endeared generations of audiences with the relationship of the amiable Elwood P. Dowd and his best friend, a 6’4” tall white rabbit named Harvey, which only he can see. Exasperated, Elwood’s family is finally driven to committing him into Chumley’s Rest Home for the mentally disturbed, but that is easier said than done. The madness is soon catching, and Harvey is not all he appears to be. A true classic of modern theatre, this 1945 Pulitzer Prize winner about a lovable eccentric still resonates today.

The final production of FTC’s 23rd season, Harvey, will now open on Thursday, June 4. Harvey will have 5 performances total, Thursday, Friday and Saturday at 7:30 p.m., the first Sunday at 2:00 p.m. and 7:30 p.m, second Sunday, June 14, at 7:30 p.m. Some tickets have been sold to this production for the original performance dates in April. FTC is asking patrons to rebook their seats by calling the box office or consider donating the admission charge to the theater. FTC will honor refund requests if the patron wishes.

Admission is $29 for adults, $12 for children 17 and under. Box office hours beginning February 14th are Monday through Friday, 9:00 am through 1:00 pm Tickets can be purchased online at www.fredericksburgtheater.org or by calling the box office at 888-669-7114. 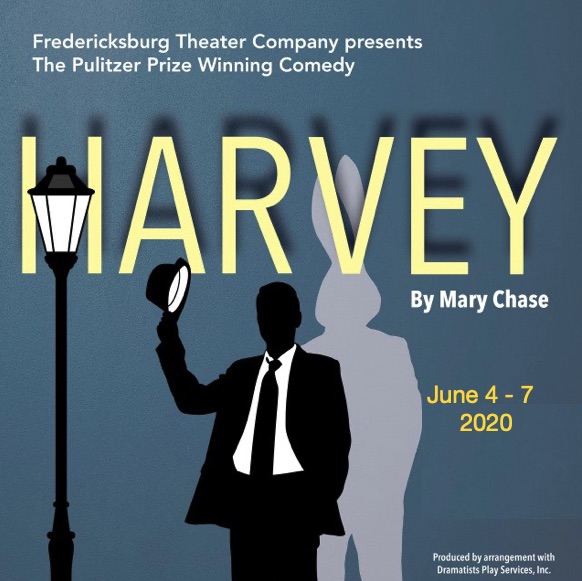