Shakespeare in a Divided America
by Harry Ransom Center

James Shapiro, professor of English and comparative literature at Columbia University, discusses his new book Shakespeare in a Divided America.

Shakespeare in a Divided America highlights how Shakespeare's works have influenced American identity regarding topics such as manifest destiny, race, gender, immigration, and free speech for more than two centuries now. Shapiro’s narrative traces how Shakespeare has been invoked at pivotal moments in American history from President John Q. Adam’s disgust with Desdemona’s interracial marriage in Othello to the 2017 controversy over the assassination of a Trump-like figure during a staging of Julius Caesar in Central Park.

**RSVPs to this Facebook event do not guarantee a seat! Doors open 30 minutes prior to the program. Seating is limited and available on a first come, first served basis. 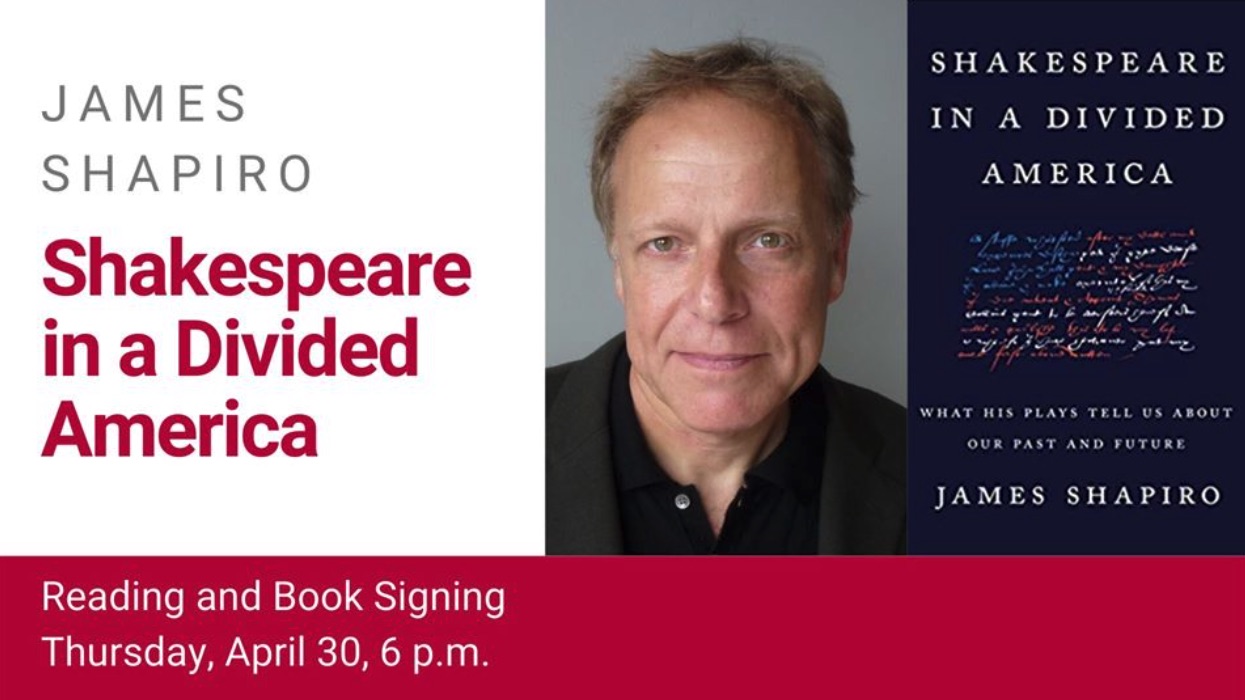