First brought to the stage in 1941, Joseph Kesselring’s dark comedy is set in the home of the Brewsters, a family descended from the “Mayflower.” Abby and Martha keep house, while nephew Teddy (who thinks he’s Teddy Roosevelt) digs the Panama canal in the basement. The two spinsters have a small habit of populating the “canal” with the remains of lonely, elderly men, whom they have poisoned with homemade elderberry wine, laced with arsenic, strychnine, and “just a pinch” of cyanide. Our hero, Mortimer Brewster, desperately tries to deal with his aunts and with Teddy, along with his criminal brother, Jonathan, and Jonathan’s cohort, Dr. Einstein, while worrying that he will also end up with the insanity that is running rampant in his family. Made famous by the film of the same name in 1944, the play was a smash hit on Broadway, running for 1,444 performances.

Performed by the Crystal Sea Players, a troupe of adult actors who perform shows as fundraisers for CSDC’s educational programs. This is their second production, following last year’s hit, Hallelujah Girls.

A $1 processing fee per ticket will be added to all transactions, including cash sales at the door.

For further information and questions about reservations, email irene@crystalseadrama.org, or call 210/849-0934. 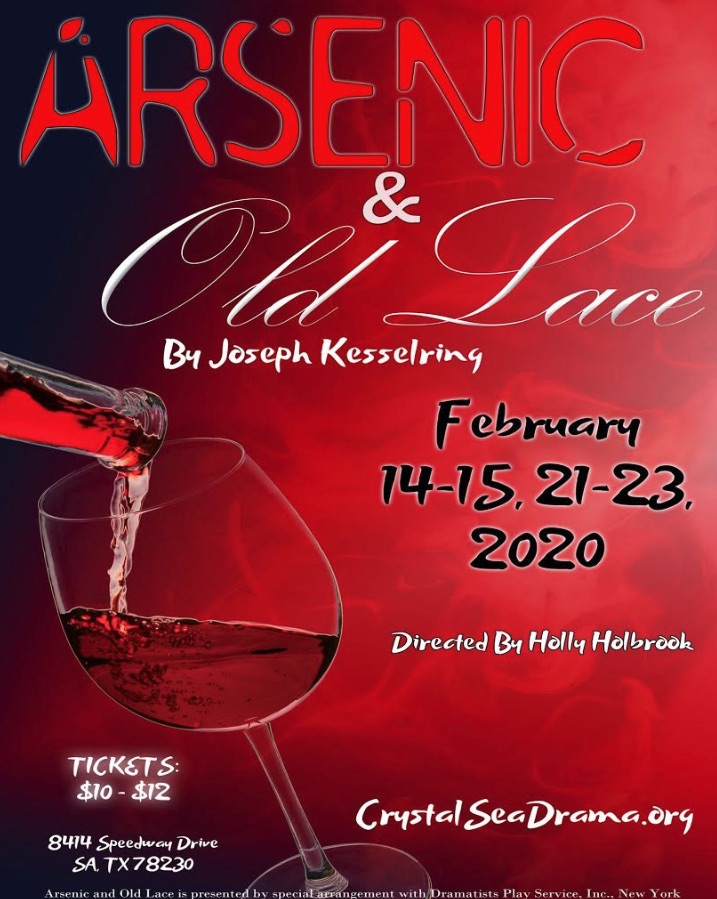 For co-founders Irene Miller and Marla Ripps, it literally all began with a dream and a prayer.  Irene had a dream, and Marla had a prayer for a place ...